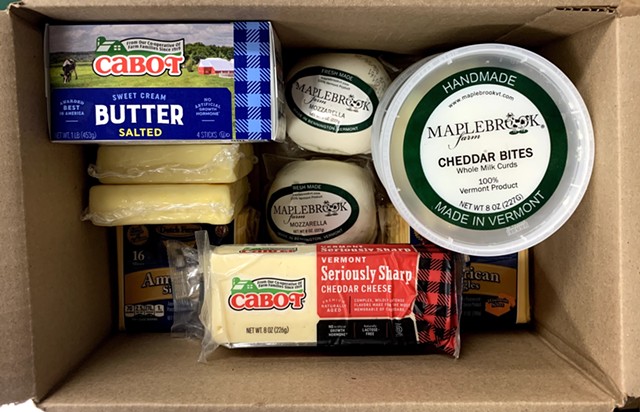 The Abbey Group, a family-owned food service management company based in Enosburg Falls, has failed to land a contract for the latest round of the USDA Farmers to Families food boxes in Vermont.

It had previously earned two USDA contracts worth $13.9 million to distribute boxes of staple foods to Vermonters experiencing food insecurity due to the pandemic.

The Abbey Group has worked closely over the last five months with the Foodbank to distribute thousands of boxes around the state through its network of community partners.

The $3 billion federal program started in May and has been extended twice. It was designed to help address the spike in food insecurity resulting from the pandemic, while also providing markets for American-grown food and generating business for regional and local distributors.

Sayles expressed deep disappointment in the USDA's decision to change contractors with such short notice. "We basically lost the entire month of September because the USDA didn't make decisions in a timely manner," he said.

Sayles said the switch to a new contractor will delay the start of the next round of food box distribution, effectively reducing the amount of food reaching those in need.

In addition, he said, the Massachusetts company will not source any Vermont food for the boxes and did not propose the equivalent distribution services that the Abbey Group had provided, leaving the Foodbank with more coordination, transportation and storage responsibilities.

"Best we can tell, Costa had a much lower bid," Sayles said.

In addition, there has been lack of communication from another company that appears to have been awarded some portion of the Vermont food boxes.

The USDA Farmers to Families list of approved contractors details that Costa Fruit & Produce was awarded $19.8 million for more than 426,000 boxes to be distributed in Massachusetts, New York and Vermont.  Houston-headquartered, multinational food distributor Sysco Corporation also appears to have been awarded some parts of Vermont, according the list.

Sayles confirmed that he learned on September 22 that Costa would not be serving Essex, Grand Isle, Orange, Windsor and Orleans counties. He said that the Foodbank had not yet been contacted by Sysco.
Prev
Next