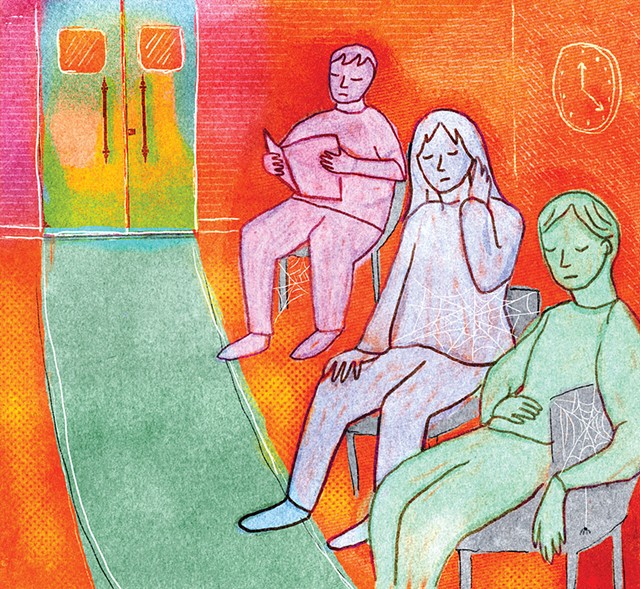 The Green Mountain Care Board has approved a new independent surgical center that, if built, will offer another alternative to Vermont’s overburdened hospital system.

But the board will not allow the Collaborative Surgery Center to perform the full slate of procedures it had requested, at least initially. The center will instead be restricted to four “core” specialties — orthopedics; ear, nose, and throat; urology; and dental — and will need regulatory approval to expand any further, according to a ruling published Wednesday.

The ruling, which included more than two dozen other conditions, was endorsed by three of the board's five members, who questioned whether the surgical center could responsibly integrate more specialities.

"We are concerned that, given its limited staff and facility size, [the center] will be stretched too thin if it seeks to broaden its scope," read a majority opinion signed by Robin Lunge, Tom Pelham and Thom Walsh.

The board's two other members, Jessica Holmes and chair Kevin Mullin, agreed the center should be approved. But they said limiting the center's offerings may encourage it to focus more on money-making specialities and less on the equally necessary but less profitable procedures.

Susan Ridzon, executive director of the independent doctors' advocacy group Health First, is one of two proposed owners for the new center. She told Seven Days on Thursday that she and her business partner, Liz Hunt, were reviewing the board’s conditions to “determine their effect on the project’s feasibility.” Ridzon declined to elaborate, saying she would have more to say publicly in the coming weeks.

The board's ruling comes as part of Vermont's controversial "certificate of need" process, which requires hospitals and other health care providers to seek approval before building new facilities.

Proponents of the regulatory hurdle say it keeps health care costs down by preventing unnecessary duplication of services. But critics say it favors large hospitals at the expense of smaller, upstart organizations, limiting patients' options.

The decision marks the second time in recent years that the board has used the process to limit procedures at a free-standing surgical center.

The Doctor Won’t See You Now: Patients Wait Months for Treatment at Vermont’s Biggest Hospital
By Colin Flanders and Chelsea Edgar
Health Care
The board also previously prevented the Green Mountain Surgery Center from expanding beyond the handful of procedure areas it now offers, ruling that it had to seek another round of approval. A legal challenge to that ruling ultimately failed in the Vermont Supreme Court.

The new surgical center — a 9,000-square-foot, $5 million facility — would have four operating rooms and would be located right next door to the Green Mountain Surgery Center in Colchester. The two centers would have different owners but would share a corridor and some space.

Leaders of the Collaborative Surgery Center said in an application last summer that their proposed facility could be up and running within 18 months of approval.

They envisioned performing 2,000 outpatient surgeries a year at a far lower cost than Vermont hospitals, noting that the Green Mountain Surgery Center saved the system an estimated $5.3 million in fiscal year 2020. The certificate of need seeks to codify such savings by requiring the center to charge commercial insurers less than any Vermont hospital.

To prove there was demand for another surgical center — a key tenet of the certificate of need process — they pointed to the substantial surgical backlogs and wait times for appointments at Vermont's hospitals.

That included the University of Vermont Medical Center, which was forced to close its outpatient operating and procedure rooms at the Fanny Allen campus in late 2020 after a mysterious odor began sickening employees. (The medical center has since reopened those rooms and is now proposing one of its own outpatient surgical centers.)

Related The Doctor Is Out: Why Independent Physicians Are Disappearing From Vermont

The Doctor Is Out: Why Independent Physicians Are Disappearing From Vermont
By Colin Flanders
Health Care
Ridzon and Hunt said the Collaborative Surgery Center center would, at the very least, need to perform surgeries from the four core specialities to be financially viable.

But they hoped that the board would also allow them to offer the many hundreds of other procedures approved by the federal Centers for Medicare and Medicaid Services, a flexibility that they said would prove useful given the quickly-changing landscape of health care.

The three care board members who denied that request said they didn't have enough proof that the center's leaders' "business judgments" would align with the needs of the state's health care system.

"We invite [the center] to request the ability to host procedures and surgeries in additional specialties as soon as it can demonstrate a need beyond its general preference for flexibility," the regulators wrote.
Prev
Next