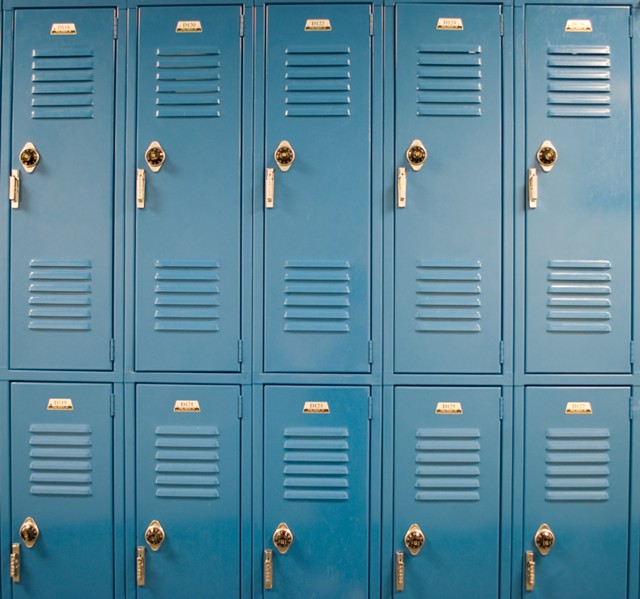 A Black student who attended Twin Valley Middle High School in Whitingham said she was subjected to racially motivated bullying and harassment by peers, and that school administrators took no meaningful action to stop it.

The unidentified student's allegations were made public Tuesday, when the American Civil Liberties Union of Vermont filed a complaint on her behalf with the state Human Rights Commission.

The allegations bear some similarities to others made in schools across the state this fall. Students of color in Winooski, St. Albans and South Burlington have said they were victims of racial abuse and, in some cases, criticized the way officials handled these incidents.

St. Albans Family Frustrated After School Investigation Into Racist Meme Sputters
By Alison Novak
Off Message
The Twin Valley complaint alleges that the student, identified by her initials C.B., was a sophomore and the only Black student in the school during the 2020-2021 year when she was targeted repeatedly by classmates.

In December 2020, a student allegedly called C.B. the N-word in front of a teacher and other students. The teacher informed Principal Anna Roth of the incident, and Roth started an investigation.

But the probe "resulted in no actual or tangible action," the complaint says. The perpetrator was not punished, and C.B. was told that it was her responsibility not to talk to him.

Two months later, a group of boys allegedly yelled the N-word at C.B. and directed a Nazi salute at her — an action which became "a consistent practice," according to the complaint. A school employee who witnessed the harassment reported it to the principal, and C.B. herself told assistant principal Andrew Oyer about what was happening. The complaint alleges that Oyer "claimed there wasn't enough evidence for him to take any action."

The harassment escalated, with the same group of boys lunging suddenly at C.B. in the hallway. Teachers, who C.B. had confided in about the harassment and the school's inaction, reached out to C.B.'s mother and drafted a letter to Principal Roth to try to ensure measures were taken to stop the abuse, the complaint says. But Roth "failed to take any actual, tangible or meaningful steps to protect C.B.," the complaint says.

During a meeting on March 1, Roth allegedly told C.B.'s mother that the Nazi salute was "just something the kids did here" and wasn't personal.

Later in March, a Snapchat video allegedly showed the same group of male students yelling the N-word and saying that they "hope [C.B.] burns in hell."

The school launched another investigation, but, according to the complaint, "once again, no meaningful action was taken to protect C.B. ... no teachers were out in the hallways for extra monitoring, neither C.B. nor her perpetrators were reassigned classes, and none of the perpetrators were removed from school or class." Instead, the school convened a "group counseling circle" to discuss the harassment which devolved into "students laughing the entire time and failing to take it seriously."

Due to the abuse, C.B.'s health suffered and she feared for her physical safety, the complaint says.

"She developed an anxious tic, scratching her head until it bled," it reads. "Her anxiety and depression got so bad she sought professional help and started taking medication. Her grades started dropping and she left the sports team."


The complaint says that the school district's "actions and decisions have deprived C.B. of the advantages and privileges guaranteed to her under the laws of Vermont." The young woman "suffered and continues to suffer loss of educational opportunities," as well as "emotional distress, fear, anxiety and trauma," it continues.

The complaint requests that the Human Rights Commission — a five-member body charged with enforcing the state's civil rights laws — declare that the Twin Valley School District "deprived C.B. of an education environment free of racial discrimination" and that its "customs, policies and practices for responding to reports of racial harassment and discrimination are unlawfully discriminatory." It also demands "just compensation and other relief" for C.B., along with the reimbursement of costs and attorney fees incurred by filing and pursuing the complaint.

SoBu Mom Says District Botched Probe Into Teacher's Racist Remark
By Courtney Lamdin
Off Message
In an email, ACLU of Vermont legal director Lia Ernst said that "the relief provided would be whatever the Human Rights Commission, Twin Valley, and our client could agree to via settlement negotiations." If the Human Rights Commission settlement process is not successful, Ernst added, a lawsuit could be filed in civil court.


In the press release, ACLU of Vermont executive director James Lyall blasted the school's handling of the situation.

"Our client was driven from her school after the people she turned to for help did nothing to support her and further emboldened her abusers," Lyall wrote. "Racist harassment and bullying remain a common experience for students of color in Vermont, and the state has a responsibility to do much more to prevent incidents like these from recurring day after day and year after year."

After the complaint was filed, the district released a response refuting the allegations, saying it "maintains strict policies against harassment."


"In this case, when the administration was made aware of allegations of racial harassment, we notified families, investigated and, where substantiated, took appropriate disciplinary action," the statement says. "The disciplinary actions taken by us were effective. No student repeated the race-based misconduct. We will zealously defend our actions before the Human Rights Commission, and in any subsequent litigation. We dispute the suggestion that the District failed to follow the law. The District will prevail in any litigation concerning this matter."
Prev
Next