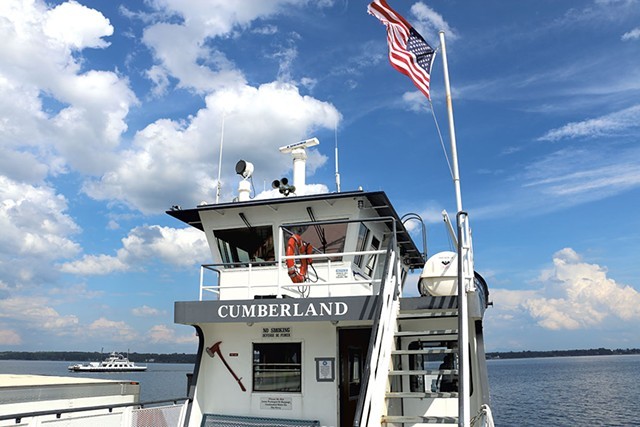 It’s full steam ahead for Lake Champlain Transportation’s plans to build a maintenance facility beside its Grand Isle ferry terminal.

The project cleared a key hurdle on September 22 when the town’s Development Review Board approved the proposal on a 3-2 vote, despite strong opposition from neighbors.

The company hopes to move operations from the Burlington waterfront to a new 29,400-square-foot maintenance, storage and office building on the western shore of Grand Isle.

The move is part of the company's broader strategy to shift its ferry operations closer to its busiest ferry terminal at the narrow Cumberland Head crossing.

The company stopped operating its summer tourist-oriented ferry between Port Kent, N.Y., and Burlington two years ago. It has floated plans to build a second restaurant on the King Street dock property, but those plans are adrift.

The plan to move operations north ran afoul of area residents who said the proposed industrial building conflicted with area's "commercial recreational" zoning. The noise, lighting and traffic, they argued, would detract from the rural character of the area.

Others raised concerns about the safety of the island’s water supply, which draws from a protected area of the lake just offshore from the 3.3-acre property. Painting, sandblasting, welding, auto repair and other activities that generate hazardous waste are planned for the building.

Musician Laura Heaberlin mounted some of the most steadfast opposition to the project, which would be located on property adjacent to her home.

On Friday, she expressed disappointment with the decision, but said she and her partner are considering their options.

"I disagree with the decision to pass this permit, and I know many people in our community are concerned," she wrote in an email to Seven Days.

A Ferry Company’s Planned Facility Sails Into a Storm in the Champlain Islands
By Kevin McCallum
Development
The majority of the board members agreed with the company that the use was nevertheless appropriate for the area, which they noted has included a ferry nearby Gordon’s Landing since 1796.


The decision, finalized on Wednesday, outlines the board’s thinking and issues a number of conditions on the project, including: requiring the building to use renewable energy to offset the loss of trees; requiring the company to work indoors when doing maintenance that might produce hazardous material; and expanding a swale to retain runoff from two new acres of roofs and parking lots. 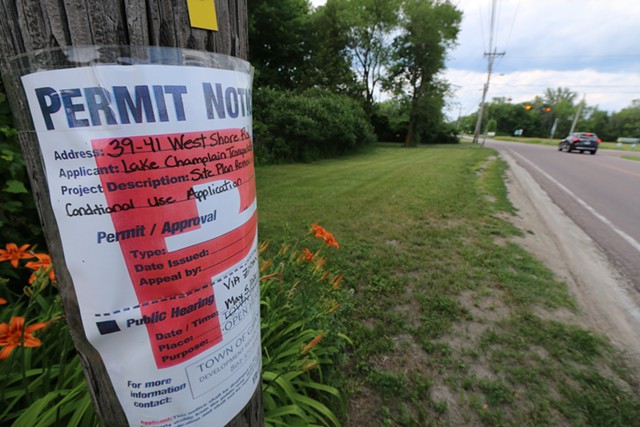 As for zoning, the board concluded that the building is not intended solely for industrial use, though it will house a number of activities that many associate with heavy industry, such as sandblasting.

The officials noted that the building would also include offices, and that other businesses in the area repair vehicles without being classified as industrial. Major painting and maintenance work on ferries themselves would be conducted at a shipyard in Shelburne, the board noted.


Heaberlin said that reasoning was difficult to understand.


"I found it interesting that the board’s written decision makes a compelling argument that the development is industrial, but then states 'Nevertheless, a majority of members of the DRB concluded that the proposed use was not industrial,'" she wrote.

During the special September 22 meeting, the review board deliberated behind closed doors on the matter for an hour and a half, then voted five minutes after returning to public session.


Heaberlin noted that the written decision did not outline how that majority reached its conclusion on the property's use.

"The written conditions leave a lot of things up in the air with this decision and we are talking with lawyers to understand our options," she wrote.


Lake Champlain Transportation officials did not immediately return a call for comment. The decision can be appealed to the state Environmental Court within 30 days.


The threat of such an appeal scuttled a previous controversial project that would have sunk an aging ferry in Burlington Bay as a dive site.

The company must also receive town building and zoning approvals.
Prev
Next