Cannabis Organization Heady Vermont Is on Hiatus | Off Message 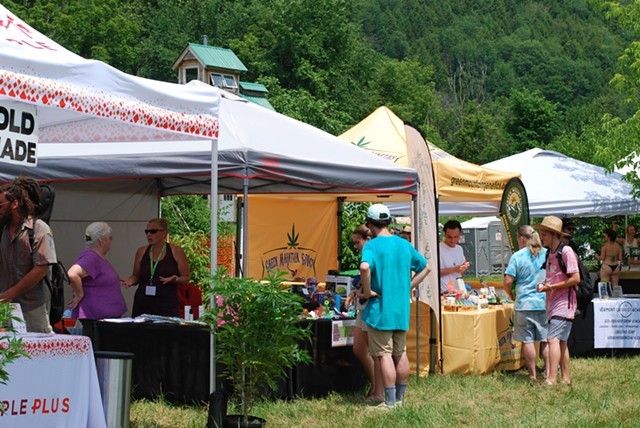 Heady Vermont, the cannabis industry group that expanded in 2019 into a new 3,000-square-foot headquarters in Burlington, is on an indefinite hiatus, said founder Monica Donovan.

Donovan said that no events or publications are planned, and she doesn't know if she'll continue with Heady. "I’d love to, but won’t know positively for a while," she said by text on Wednesday.

The 5-year-old membership organization published a weekly "News Roll Up" and organized events for businesses and consumers, including an annual trade show at the Champlain Valley Expo. At its peak last year, it had an all-female staff of six. But the pressures of the pandemic shutdowns were too much for Heady, said Kathryn Blume, the former communications director, who left last summer as work dwindled.

“Events were one of our primary income streams, and if you can’t have events, that makes things really hard,” said Blume, who now works in communications for NurseGrown Organics CBD in Underhill. “Also, the fact that it took so long to get the tax-and-regulate bill passed meant that a lot of businesses who would have been business partners for us were on hold as well, and then the financial uncertainty of the pandemic was, I think, a perfect storm.”

Advocates for legalizing marijuana, and some lawmakers, had been pursuing a legal sales bill for years before it became law last fall. The bill enables legal marijuana sales in Vermont to start in 2022 in towns that vote to host stores. On Town Meeting Day, about two dozen towns approved commercial sales, and at least three voted no. A few plan to vote later this year.

Heady Vermont stopped tweeting and publishing new articles on its website in mid-January.

“A lot of information sort of gets passed around in the community," Blume said, "but there isn’t really something that is kind of bringing the cannabis community to the general public from the inside the way that Heady was doing."

Eli Harrington, who started Heady Vermont with Donovan but left in 2019, now runs a cannabis blogging site called Vermontijuana. He said he's a 40 percent owner of Heady.
Prev
Next