Candidates of Color Win, Lose and Even Tie on Town Meeting Day | Off Message

Candidates of Color Win, Lose and Even Tie on Town Meeting Day

By Sasha Goldstein and Alison Novak

The Vermont candidates of color profiled in a February 23 Seven Days cover story had a varied showing in Tuesday's election. Two won, three lost and one tied — a rare occurrence that could spark a recount.

In the race for two seats on the Bennington Selectboard, Tina Cook just missed out. She came in third in a field of eight candidates, trailing second-place finisher Gary Corey by just 31 votes.

Reier Erickson, who ran for one of the two St. Albans City seats on the Maple Run Unified School Board, lost to former mayor Peter DesLauriers and incumbent Nilda Gonnella-French. Erickson received 917 votes to DesLauriers’ 1,709 and Gonnella-French’s 1,536. DesLaurier’s daughter, Katie Messier, also won a seat on the school board, representing St. Albans Town.

Related Stepping Up: These Vermonters of Color Want to Bring Their Perspectives to Local Office

And in the crowded field of 17 candidates for six open seats on the Rutland Board of Aldermen, Thomas Franco garnered 1,122 votes and tied for sixth with John Atwood, a fellow member of the nonpartisan, grassroots political group Rutland Forward.

Rutland City Clerk Henry Heck said that in his 13 years on the job, he’d never before seen an election end in a dead heat. The two candidates have five days to request a recount, or to agree that one of them will step aside and let the other serve on the board. Heck said if he doesn’t hear from the candidates within that time, the city would be forced to hold a runoff election — an outcome he hopes to avoid because of the expense.

Franco said on Wednesday that neither he nor Atwood favor having a costly recount, but they're taking some time to make a decision about how to proceed. One of them will likely withdraw their candidacy, allowing the other to win.


"We know that the residents want to know what their leadership will be, and carrying this out for a long time is not in the best interest," Franco said. "So we're looking to resolve this as quickly as possible."

No matter what happens, Franco said he's committed to helping his community in one way or another. And he said he was "just really proud of how far we have come.

"As a first-time candidate, in a race this crowded, to even be in this situation is — yes, unprecedented — but also a success," Franco said.  "With being newer to the area, being so young, that we were able to pull together supporters who believe in the same vision for Rutland. And so I'm just so proud of all the work that everyone did and I'm excited for what the future holds."

Political newcomer Thomas, a single mother of two who has lived in Middlebury since 2019, received 812 votes while her competitor, former Montpelier city council member Andy Hooper, racked up 633. Thomas said in a phone call on Wednesday that she was “speechless” and “filled with gratitude.”

She spent most of Town Meeting Day stationed outside the polls, and found out she won around 7:30 p.m. She didn’t have a chance to celebrate, she said, since she was putting her exhausted young children to bed.

Cook didn't immediately respond to a phone call for comment on Wednesday. But after the Bennington results came in, she posted on her campaign Facebook page. 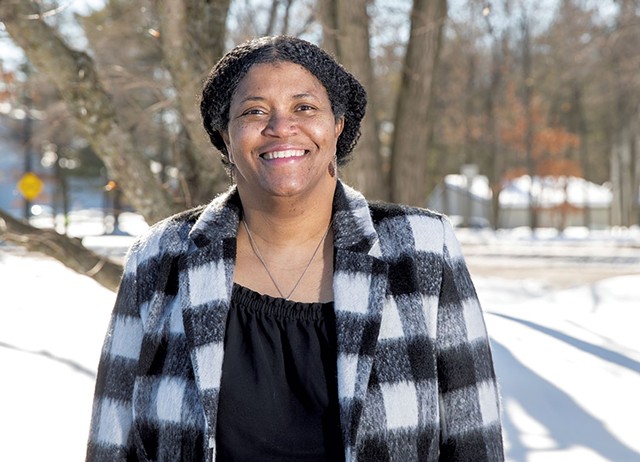 Childs, who has a son at South Burlington High School, earned 2,969 votes, or about 59 percent. Her competitors, Scott Bronson and James Johnson Jr., garnered 28 percent and 13 percent, respectively. Childs will be the first person of color to serve on the school board in many years, according to board chair Bridget Burkhardt.


While on the campaign trail, people had questioned Childs qualifications. In a phone interview on Wednesday, Childs said those mean-spirited comments made her realize that there are more unresolved racial issues in the South Burlington community than she had thought.

She said that she’s worried about the increased scrutiny she might receive now that she’s won a seat, but also believes that her win signals that residents are "ready for something new."

Related A Student's Arrest in St. Albans Fuels Debate Over Police in Schools

A Student's Arrest in St. Albans Fuels Debate Over Police in Schools
By Derek Brouwer
Education
Erickson was spurred to enter the Maple Run school board race after getting into a debate on Facebook about the role school resource officers have in the school district. He believes the officers do not belong in schools and can make students of color feel unsafe.

In the course of that online conversation, board candidate Messier wrote to Erickson: “If you think it’s so unsafe here then leave. Go to a place where you think your family will be ‘safer.’” Then, during a candidate forum in February, Messier’s father, DesLauriers, said to Erickson, “I built up in my mind that you were a monster; you're a pretty decent guy." (DesLauriers later told Seven Days he had "meant no disrespect" to Erickson.)

On his Facebook campaign page, Erickson expressed thanks to his supporters and disappointment over the loss.

“I ran a perfect campaign. I got community leaders to endorse me. Was featured in statewide publications for the racism I received. And STILL I lost. Still people supported those who decided to hurl racism and hurt my way. I am EXHAUSTED. I AM SICK. I am SO tired,” he wrote.

On Wednesday, he elaborated in an email to Seven Days. “Despite the racism and microagressions, I still believe in the goodness of Small Town USA,” Erickson wrote. “But white people in Vermont are going to have to start examining if they really want their societies to grow and diversify and thrive. Or, if they would rather have them stay the same while languishing and eventually disappearing. They cannot have it both ways.”
Prev
Next