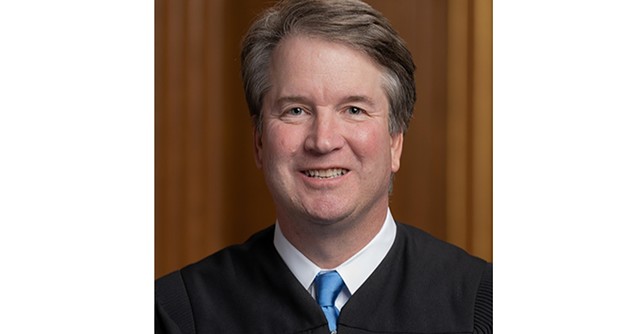 Vermont election officials succeeded this week in getting U.S. Supreme Court Justice Brett Kavanaugh to correct an error about state election rules that he included in a high-profile opinion regarding mail-in ballots.

In an opinion concurring with the court’s decision not to extend Wisconsin’s deadline for receiving absentee ballots past Election Day, Kavanaugh noted that states have passed different election rules in response to the pandemic. He observed this variation “reflects our constitutional system of federalism. Different state legislatures may make different choices."

The problem was that he misstated Vermont's response to the pandemic, suggesting the Green Mountain State had made no changes to its election rules.

“Other States such as Vermont, by contrast, have decided not to make changes to their ordinary election rules, including to the election-day deadline for receipt of absentee ballots," Kavanaugh wrote Monday.

The ruling generated national media attention because it was widely viewed as a win for Republicans and efforts to limit how a key battleground state will count mail-in votes.

President Donald Trump is seeking to undermine confidence in mail-in balloting by suggesting it is ripe for fraud. He has pushed for a “final tally” by Election Day, something that is neither possible nor legal based on how election results are certified.

Condos fired off a letter to the court clerk Wednesday asking for a rare change to a published opinion. He noted that while mail-in ballots do still have to be received by November 3 to be counted in Vermont, the state had made significant changes to election rules in 2020.

Among them: For the first time ever, Vermont mailed ballots to all active registered voters. It's also allowing local election officials to begin processing mailed ballots 30 days before Election Day.

Given those changes, “Vermont is not an accurate comparison for the assertion Justice Kavanaugh has made,” Condos wrote, and asked for a correction.

In his statement Thursday, however, Condos said the modest change was insufficient.

“I’m glad he admitted a mistake and modified his opinion, but a one-word addition doesn’t go far enough,” Condos said.

The state didn’t need to extend the mail-in balloting deadline past Election Day because of measures it has taken ensure the safety of voters and the integrity of the election, he wrote. Condos said the problem wasn’t a single missing word, but "the court’s total lack of regard for the voting rights of American citizens."