Protesters Around Vermont Demand Officials 'Count Every Vote' | Off Message

Nearly 60 people gathered on the Church Street Marketplace on Wednesday afternoon to demand that officials count every vote in the presidential election, a process that was still under way nearly 24 hours after polling places around the country closed.

Toting signs that read “Count Every Vote” and “Don’t Let Trump Steal the Election,” the protesters marched up the pedestrian mall to the Unitarian Universalist Church, where they took a moment of silence to center themselves after a nail-biter of an election.

“We got love, we got power, we got hope,” Rachel Siegel, the executive director of the Peace & Justice Center, chanted into a megaphone on the church lawn. “Hey hey, yoo-hoo, we will not accept a coup!” Participants joined her in the rally cries.

The Burlington event was organized by Protect the Results, a nationwide coalition that formed in response to President Trump’s threats that he won’t concede the election if he loses to Democratic candidate Joe Biden. Wednesday evening, sister rallies were held in Brattleboro, Bristol, Manchester, Middlebury, Montpelier and Rutland. Another demonstration is planned for Saturday in Montpelier. 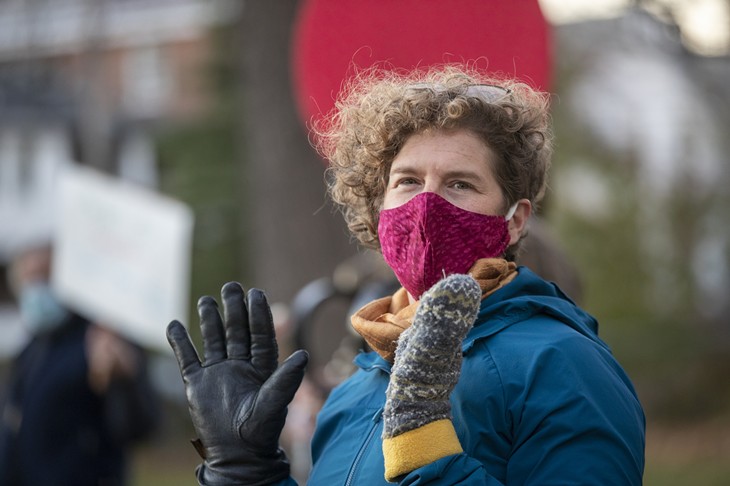 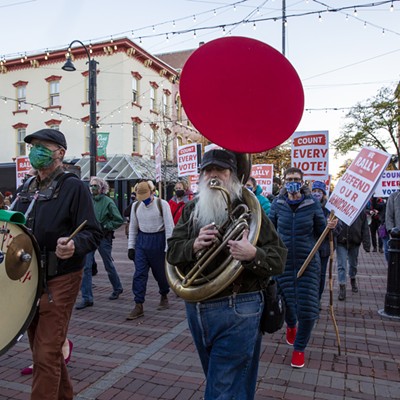 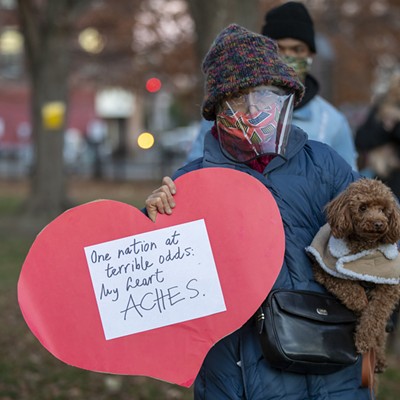 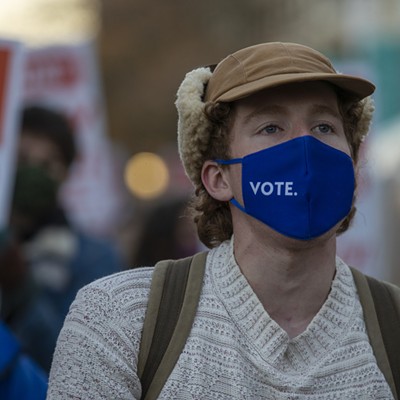 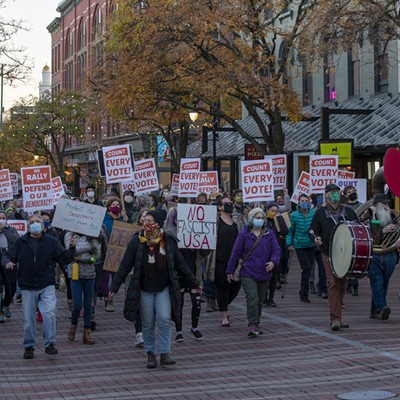 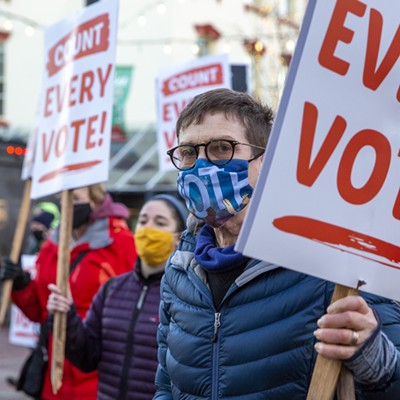 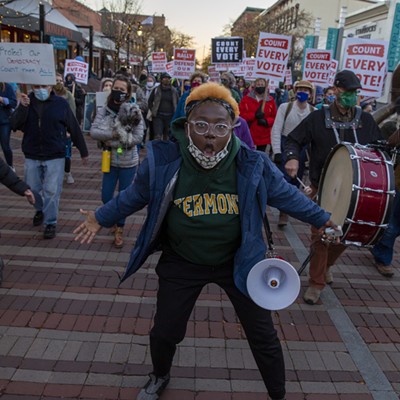 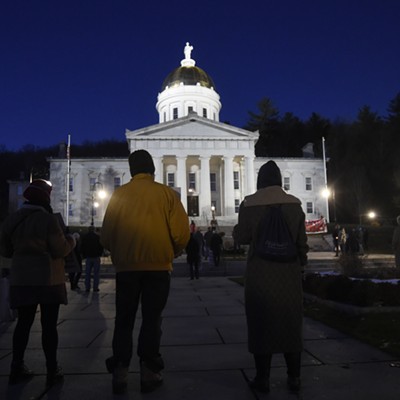 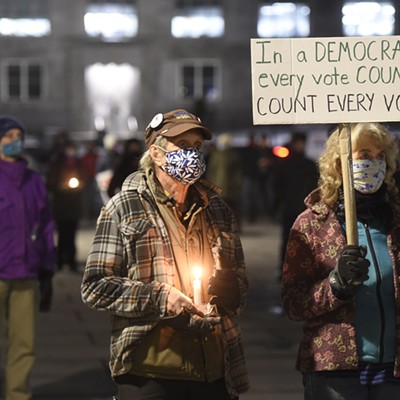 As of 7 p.m. Wednesday, the country still has no decisive victor in the presidential race. The winner will be determined by just a handful of battleground states where vote-counting is still under way: Arizona, Georgia, Nevada, North Carolina and Pennsylvania. Early Wednesday morning, Trump falsely claimed that he'd won or was winning the majority of those states despite the races being too close to call.

The Burlington group erupted into cheers when Siegel announced that Biden had won Michigan, earning him 16 coveted electoral votes in the race to 270. The president has already sued to stop ballot-counting in Michigan and Pennsylvania and has demanded a recount in Wisconsin.

Williston resident Joann Davis, a Biden supporter, said she wasn’t sure where the numbers stood as she prepared to march down Church Street just before 4:30 p.m. Rather, Davis said, Trump’s “incendiary comments” about the election — that it’s rigged and that mail-in voting is ripe for fraud — encouraged her to participate in the rally, even in a “blue” state like Vermont.

“I’m out here to stand up for our democracy and everything that it stands for,” said Davis, who wore a black face mask with white lace as a tribute to the late Supreme Court justice Ruth Bader Ginsburg.

“It’s vitally important, and as far as I’m concerned, he threatens our democracy,” Davis said of Trump, adding, “People’s voices must be heard.”

Organizer Laurie Essig, who is part of the anti-Trump group Feminists Against Bullshit, said she came out to protest what she called Trump's lies about the election's integrity.

"A lot of his supporters believe it, and so they voted more in person; Biden's supporters voted more mail-in ballots, and [Trump] doesn't want them counted ... It's a coup," Essig said. "What's scary is he's convinced people something's being stolen from them."

The event featured speeches by activists, including state representative-elect Tanya Vyhovsky of Essex, who urged protesters to keep fighting regardless of who wins the election. A Biden presidency will not immediately resolve issues such as racism or the climate crisis, Vyhovsky said.

“We are not going to gain the human rights that this country needs, demands and deserves unless the people come together,” she said. “This is the energy that I will take to Montpelier, and I will be in the streets with you fighting, because we have to. Our very lives depend on it.”
Prev
Next