Vermont Gas to Pay for Some F-35 Soundproofing | Off Message 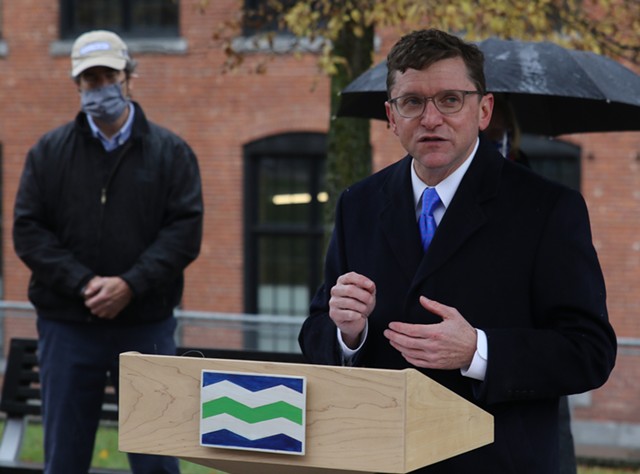 “When it appeared that our general funds … might be on the hook in some way for that half a million dollars or more a year, that was a real obstacle to moving forward with this program,” Mayor Miro Weinberger said at a press conference in Winooski, where he was joined by that city's mayor, Kristine Lott, and South Burlington City Council chair Helen Riehle.

Related In the Zone: BTV Noise Map Contours Determine Who Can Get Soundproofing Funds

In the Zone: BTV Noise Map Contours Determine Who Can Get Soundproofing Funds
By Molly Walsh
Development
“The hope is that this pilot [program] lays the groundwork for that local match to be the way this works going forward,” Weinberger said.

The funds will help purchase "a broad array of products" including new windows and doors for homes and schools where the jet noise measures between 65 and 75 decibels, according to BTV deputy aviation director Nic Longo. Some 2,640 dwelling units would be within that noise contour, spread out across Burlington, South Burlington, Colchester, Williston and Winooski.

According to Lott, about 43 percent of all homes in Winooski could be eligible for soundproofing.

Vermont Gas’ contribution will soundproof between 10 and 12 homes this fiscal year. Once the federal dollars become available, the airport could soundproof between 50 and 60 homes a year at $30,000 to $50,000 a pop, according to Longo.

It could take 25 years to soundproof every home in the noise contour, he said. 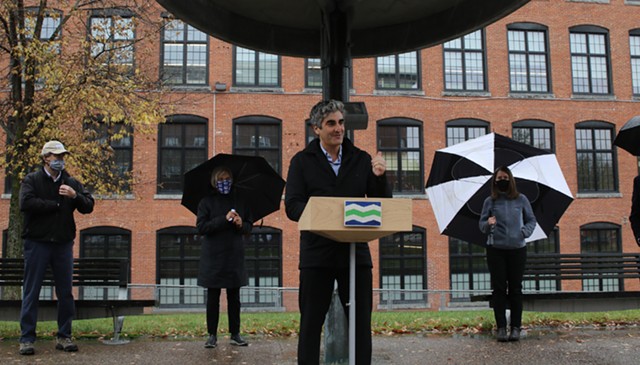 The new program replaces the airport’s former strategy of buying and razing homes near the airport. That program took out nearly 200 homes between 1989 and 2018, Weinberger said. The announcement comes just two weeks after the twentieth and final F-35 jet arrived at the Vermont Air National Guard base.

Concerns over the jet noise began well before the first F-35 arrived last fall and continue to present day. Hundreds of people urged Gov. Phil Scott to suspend the jets’ flying operations during the pandemic to no avail, and many residents have lodged complaints about the Guard’s night-flying protocol.

“When … we realized how much of sound mitigation involves insulation, we knew we had a key role to play,” Lunderville said, noting that owners of soundproofed homes should see lower utility bills. “We realized that we can piggyback on those construction efforts to complete thermal weatherization at the same time.”

Thursday's news follows the airport's announcement last month that it received two other noise mitigation grants. A $3.49 million federal grant will pay for upgrades to the ventilation system at Chamberlain Elementary School in South Burlington, located a few blocks from the airport. The fix will allow staff to keep doors and windows closed year-round to cut down on the jet noise.

BTV Airport Gets Grants for Noise Mitigation, Sound Monitoring
By Colin Flanders
Off Message
And a $340,000 grant will be used to install three "mobile sound monitoring units" near the airport. Aviation director Gene Richards told Seven Days last month that he hopes to place the equipment at Chamberlain school and at the Winooski and Williston municipal offices.
Prev
Next