July 06, 2020
The Vermont State Colleges System took a step toward stability on Monday and appointed 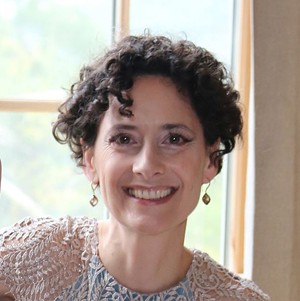 Zdatny has led the chancellor's office since late April, taking over for Jeb Spaulding after he resigned in the wake of his highly controversial proposal to shutter three campuses.

The college system's board of trustees offered Zdatny a one-year renewable contract Monday night following an hourlong executive session. Trustees praised her efforts to stabilize the system and thanked her for taking on the challenge of leading it into the future.

"She's rewritten the definition of 'interim,'" said board of trustees chair J. Churchill Hindes during Monday's virtual meeting. "Most people think of interim as a caretaker, just keep the lights on. It's been nothing like that whatsoever."

"The change from the emotional and the practical situation we were in when we appointed [her] ... to where we are now, is remarkable," he added.

After Public Crisis, Vermont State Colleges System Charts a Difficult Course
By Colin Flanders
Education
Zdatny has been with the state college system since 2014. She spent the last three years as general counsel before taking on the interim chancellor role in April. She has focused much of her efforts since then on getting the college system through its immediate financial crisis.

Lawmakers gave the college system $35 million from the state's federal coronavirus relief funds to cover losses from the pandemic.

The appropriation should help the system get through at least the next academic year without making any drastic changes. But Zdatny, like her predecessor, has warned that the system cannot continue on its current trajectory, particularly as the pandemic threatens to worsen its enrollment challenges.

Last month, Zdatny announced the creation of a 15-member task force that will meet through the summer and develop recommendations on how the college system can remain viable. In a press release announcing her appointment on Monday, she said the system is "already making good progress" toward "transformation."

"We're vital to the future of the State of Vermont and I'm just glad that everyone is pulling in the same direction," she said during Monday's meeting. "I really hope that we can make a success of this coming year — maybe two years, three years? Whatever it takes to get us through to the other side."
Prev
Next