A candidate for state auditor has accused her opponent, four-term incumbent Auditor Doug Hoffer, of playing politics with his office by timing a recent report to hit just as voting for the August primary got under way.

Rep. Linda Joy Sullivan (D-Dorset) issued a statement Monday that accused  Hoffer, a Democrat in office since 2013, of issuing a July 1 health care report to coincide with the start of voting by absentee ballot.

But Hoffer struck back Monday afternoon, defending his office’s work and calling her statement “riddled with errors” and a “back-handed political stunt.”

The spat, the first significant salvo in the so-far subdued statewide race, illustrates the pressure some candidates for political office — and challengers of incumbents in particular — feel to attract attention to their campaigns during a pandemic with the primary now just over a month away.

At issue is the 71-page “descriptive audit” of the state’s accountable care organization, known as OneCare Vermont, that Hoffer's office issued after months of work. The report seeks to help policy makers better understand the “complex and often opaque health care system” and OneCare’s role in it.

The report makes several recommendations to the Green Mountain Care Board, which oversees the program, including that regulators take a hard look at whether its $19.3 million annual operating budget is cost-effective.

Sullivan, through her campaign manager, declined to be interviewed Monday. But in a press release, she dismissed the audit as a politically motivated “nothingburger.”

“The optics of the State Auditor using his office to issue what is plainly a politically-timed report are just wrong,” read the statement.

Sullivan noted that the audit came out June 30 and that Hoffer’s campaign sent an email from “Your Auditor” that day touting the report.

Her statement also noted that an editor who worked on the audit, Shay Totten, was previously the communications director at Rights & Democracy, the Burlington-based progressive political action organization.

Totten, who formerly worked as a Seven Days political columnist, is a writer and editor who is currently working on a Google-backed digital journalism start-up called the Compass Experiment.

Staff auditors are more than capable of writing such reports, Sullivan wrote, suggesting Hoffer’s hiring of Totten — whom she referred to as a “political operative” — was a waste of taxpayer funds. 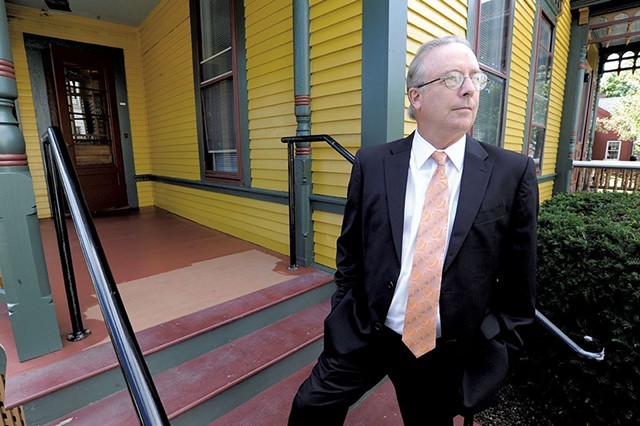 Totten’s editing contract was previously posted to the auditor’s website, but Sullivan claims it “was removed around the time a voter confronted the State Auditor about the contract.”

Sullivan is running for auditor while simultaneously seeking a third term representing Dorset in the House. She was lambasted by Democratic leadership in February for her unexpected vote against the effort to override Gov. Phil Scott’s veto of a paid family leave bill. The effort failed by one vote, and House Speaker Mitzi Johnson (D-South Hero) lamented that it was not the first time Sullivan had been “squirrelly” in an important vote.

In a statement of his own, Hoffer said he was very busy with budget and audit work and was hesitant to be distracted by what he called Sullivan’s “cheap shot.” He defended his work and dismissed Sullivan’s critique as uninformed.

“Ms. Sullivan should have taken more time to read the report written by the talented staff she ostensibly seeks to lead,” Hoffer wrote.

Hoffer noted that Totten once worked for his office, is skilled at making complex subjects clear and was paid a mere $500. All contracts are routinely removed from the auditor’s site when they are no longer active, he wrote.

In a brief interview, Hoffer said he was proud of the audit and doesn’t see anything wrong with using it in his campaign communications to supporters.

“What else am I supposed to do but talk about the work of my office?” Hoffer said.

The audit was never meant to be a definitive treatment of the finances and metrics of OneCare Vermont, Hoffer said. The network, which was created by the University of Vermont Medical Center and Dartmouth-Hitchcock, hasn’t been up and running long enough for that, he said.

“The reason we did this is to begin a much longer conversation about a program that everyone agrees is not well understood and immensely complicated,” Hoffer said.
Prev
Next