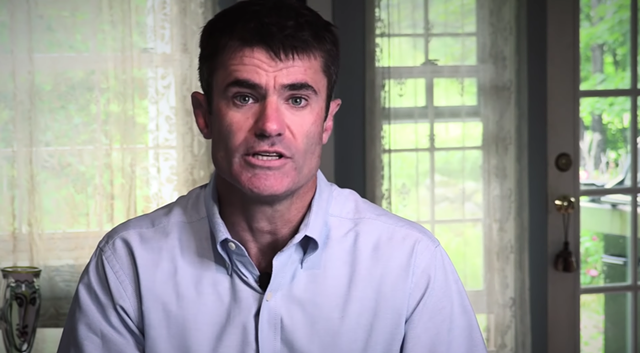 A Vermont veteran slams President Donald Trump for failing to act against a reported Russian plot to pay bounties for the killing of American soldiers in Afghanistan in a viral video.

The ad, titled "Betrayed," features a one-minute presidential takedown from Dan Barkhuff, a former Navy SEAL who is now an emergency room doctor at the University of Vermont Medical Center.

"Any commander in chief with a spine would be stomping the living shit out of some Russians right now — diplomatically, economically or, if necessary, with the sort of asymmetric warfare they're using to send our kids home in body bags," Barkhuff says in the video, which has amassed more than 214,000 views since it was published on Tuesday.

The ad was funded by the Lincoln Project — a political action committee run by current and former Republicans who oppose Trump's presidency — and was shot inside of the Stowe home of Stuart Stevens. He's a political consultant known for his efforts on Mitt Romney's 2012 presidential campaign and now works for the super PAC.

Barkhuff could not immediately be reached for comment on Tuesday afternoon.

The ad follows a bombshell New York Times report that revealed the Trump administration has failed to authorize a response against Russia after learning that the adversarial nation had been secretly offering bounties to Taliban militants who killed U.S. service members.

Trump has denied being briefed on the intelligence. The Washington Post reported Sunday that the bounties are believed to have led to the death of at least one American soldier.

"Mr. Trump, you're either a coward who can't stand up to an ex-KGB goon, or you're complicit," Barkhuff says. "Which is it?" Images of Trump appear alongside Russian President Vladimir Putin, a former operative of the Soviet intelligence agency.

The video later flashes a logo for Barkhuff's political action committee, Veterans for Responsible Leadership, which he formed in the wake of Trump's 2016 election. In 2018, Barkhuff told Seven Days that his organization hoped to convince veterans in vital swing states to vote for someone else in 2020.

He used the new ad to hammer home that message.

"I'm a pro-life, gun-owning combat veteran, and I can see Trump for what he is — a coward," Barkhuff says. "We need to send this draft-dodger back to his golf courses. The lives of our troops depend on it."

Watch the video below: