Rep. Johannah "Joey" Leddy Donovan (D-Burlington), an influential liberal who has served in Montpelier for 20 years, will not seek reelection in November.

"You always want to leave of your own volition, before someone's helping you out the door," Donovan told Seven Days on Monday. "So I think this is a good time for me to leave."

Donovan, 75, said she was gearing up for her reelection campaign in a COVID-19 world when she realized she'd accomplished a lot and was ready to move on.

"Last week, all of a sudden I just woke up one morning and realized, You know, I think I’m done," Donovan said.

The retired teacher comes from a politically accomplished family. Donovan’s father, Bernard Leddy, was a judge in the U.S. District Court in Vermont from 1966 to 1972. Her brother James Leddy served Chittenden County as a state senator from 1998 to 2006. And her son, T.J. Donovan, was elected Attorney General in 2016 after serving as state's attorney for Chittenden County.

The news follows last month’s announcement by fellow Rep. Mary Sullivan (D-Burlington) that she would step down after 16 years in the state legislature.


The departures of Donovan and Sullivan, as well as the decisions by Senate Pro Tempore Tim Ashe (D/P-Chittenden) and Sen. Debbie Ingram (D-Chittenden) to run for lieutenant governor this year, represent significant turnover in the county’s influential delegation in Montpelier.

Donovan and Sullivan are seatmates representing Burlington's South End in the 6-5 District. Three people have announced their candidacies for the two House seats: Jesse Paul Warren, Scott Pavek and Gabrielle Stebbins. The official nomination period runs from May 14 to May 28.

Donovan cited her support of LGBT rights and her 2009 vote in favor of gay marriage among her proudest accomplishments as a lawmaker.

“I felt privileged to stand on the House floor to unequivocally support the rights of the LGBTQ community,” Donovan wrote in an announcement on Facebook.

She said she was also proud of her support for low-income residents and her work on the House Education Committee, including the expansion of pre-kindergarten programs in Vermont.

Legislating via Zoom isn't as satisfying as working beneath the golden dome, she said, though that's not why she is leaving.

"I think there's an awful lot that’s lost," Donovan said. "It sure isn't the same as having discussions in those small committee rooms with the public and different advocates sitting on the sides and just being able to have really thorough discussions."

Donovan's announcement came as Rep. Nader Hashim (D-Dummerston) announced Monday he, too, would not seek reelection. The former state trooper blamed “financial hardships” for forcing him to focus on finding employment.

“No matter how I look at the numbers, I’m faced with the decision of either running for reelection, or continuing to pay my bills on time and putting food on the table,” Hashim wrote in a Facebook post. 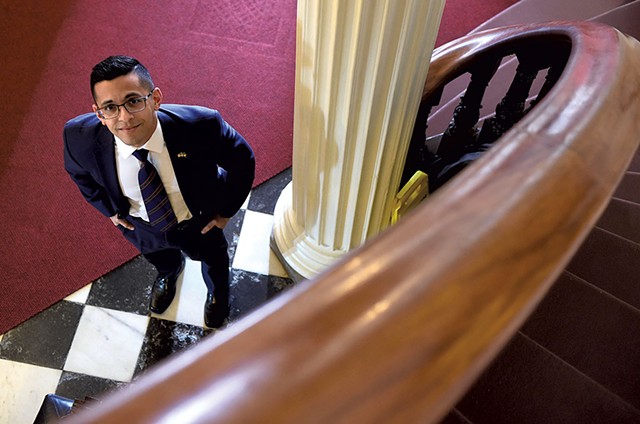