by Paul Heintz and Colin Flanders 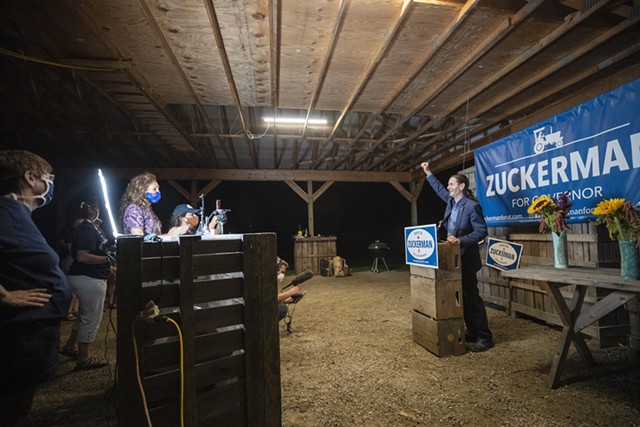 In the upset of the evening, first-time candidate Molly Gray defeated Senate President Pro Tempore Tim Ashe (D/P-Chittenden), activist Brenda Siegel and Sen. Debbie Ingram (D-Chittenden) to win the Democratic nomination for the open lieutenant governor’s seat. Scott Milne, a former GOP nominee for governor and the U.S. Senate, prevailed over Meg Hansen and three others for the Republican nomination for LG.

Though the election was conducted in the middle of a global pandemic, Vermont appeared to have “shattered” the previous record for voter turnout in a state primary, the Secretary of State’s Office wrote Tuesday night on Twitter. Even before Election Day, more than 110,000 people had cast their vote — taking advantage of a new system that encouraged Vermonters to request absentee ballots. Early results suggested that more than 160,000 people voted this time around, well more than the recent record of 122,437 set in the 2000 primary.
With 269 of 275 precincts reporting early Wednesday morning, Zuckerman had picked up 45 percent of the vote, Holcombe 35 percent, Bennington attorney Pat Winburn 7 percent and Wallingford activist Ralph Corbo 1 percent.

“Our strong victory tonight is a signal of things to come,” Zuckerman told campaign staffers and volunteers at his organic farm in Hinesburg on Tuesday night.

The 48-year-old lieutenant governor has spent nearly half his life in state office. He was first elected to the House at age 25 and eventually chaired its Agriculture Committee. He later spent two terms in the Senate and was elected LG in 2016. The ponytailed Prog has been allied with U.S. Sen. Bernie Sanders (I-Vt.) throughout his career and earned Sanders’ endorsement in this election.

Unofficial results showed Scott leading Klar 72 percent to 22 percent. In a brief video filmed at a campaign office, the incumbent governor highlighted his work leading the state through the pandemic, saying he was focused on the health and safety of Vermonters. “I’ll do my very best to provide you with a steady hand on the wheel as we navigate these unprecedented times and work tirelessly to emerge stronger as a state,” said Scott, a 61-year-old former construction company owner from Berlin.

The governor may not have seen the last of Klar, who filed last week to run as an independent candidate in this fall’s gubernatorial election.

In the race for lieutenant governor, Gray was leading Ashe 44 percent to 33 percent early Wednesday. Siegel, who ran for governor in 2018, claimed 9.2 percent and Ingram 8.7 percent. Ashe’s loss represents a striking defeat for the six-term state senator and former Burlington city councilor, who gave up a powerful perch and a safe seat to run for LG. The result positions 36-year-old Gray, an assistant attorney general from Burlington, for a bright future in Vermont politics.

“I entered this race because now is the time for the next generation of Vermont leaders to step forward and to ensure that rural communities have a strong voice in Montpelier,” Gray said. “As a first-time candidate, I am beyond humbled by the support for our campaign. Together we built a campaign that brought new voices into politics and that worked to unite our state around a bold vision for a brighter future.”
Milne, a travel agency executive from Pomfret, had claimed 47 percent of the vote Wednesday morning, compared to Hansen’s 29 percent.

“This election is about who is the best candidate to be a trusted partner to Governor Scott in getting our economy back on track and putting people back to work,” Milne said, noting that his own business had been “profoundly impacted” by the coronavirus. “I look forward to putting my three decades of experience growing a small business to work helping Governor Scott reopen our economy safely and responsibly so Vermonters can look forward to a brighter, more prosperous future.”

Also on Tuesday, four-term state Auditor Doug Hoffer, a Democrat and Progressive, fended off a Democratic primary challenge from Rep. Linda Joy Sullivan (D-Dorset). He was leading her 52 percent to 36 percent.

And in the race to represent Vermont in the U.S. House, seven-term Rep. Peter Welch (D-Vt.) easily defeated Corbo, the Wallingford activist, to claim the Democratic nomination. Republican Miriam Berry of Essex came out ahead of three other GOP candidates and will take on Welch in November.

None of Vermont’s other three statewide officeholders up for reelection this year — Treasurer Beth Pearce, Secretary of State Jim Condos or Attorney General T.J. Donovan — had competition in their respective Democratic primaries.

Cris Ericson, another perennial candidate, appeared on track to win the Progressive nomination for lieutenant governor, auditor, treasurer, secretary of state and attorney general. It was not immediately clear whether she would also win the party’s gubernatorial nomination. Zuckerman was hoping to claim the Progressive nod as a write-in candidate, and Boots Wardinski was also on the ballot. 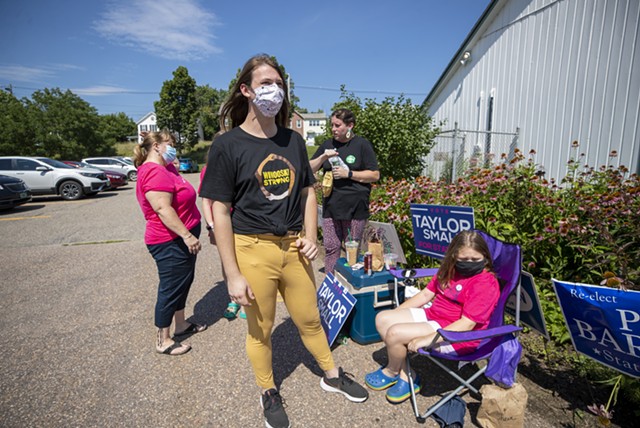 The crowded race to represent Chittenden County in the state Senate was a nail-biter to the end. With Ashe and Ingram stepping down from the Senate to run for lieutenant governor, two of the district’s six seats were open — drawing a Democratic field of 13 candidates.

Throughout the night, Sen. Chris Pearson (D/P-Chittenden) and Essex nonprofit executive June Heston were neck and neck for the sixth Democratic berth. By Wednesday morning, it appeared that Pearson had survived, with 11,759 votes to Heston’s 11,717.

The Senate’s two-member delegation representing Essex and Orleans counties may include at least one new face. When incumbent Sen. John Rodgers (D-Essex/Orleans) failed to file his paperwork in time to appear on the Democratic ballot in June, he said he would mount a write-in campaign. But on Tuesday, fellow incumbent Sen. Bobby Starr (D-Essex/Orleans) and challenger Ron Horton both picked up more than 2,000 votes in the Democratic primary, while only 294 write-in votes were cast — and not all of them for Rodgers.

Starr and Horton will run against Republican nominee Russ Ingalls in the general election. It was not immediately clear whether Rodgers filed to run as an independent. 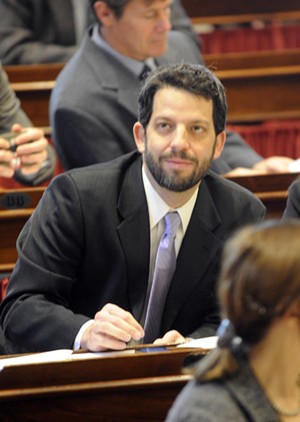 There were several competitive races to represent Chittenden County in the Vermont House.

In the two-member Essex district Giambatista is stepping down from, incumbent Rep. Lori Houghton (D-Essex) and challenger Karen Dolan won the Democratic nominations. Edmond Daudelin was the sole candidate seeking the Republican nomination. 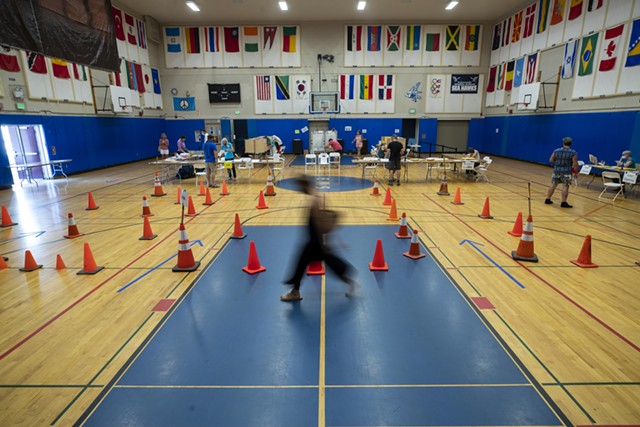 “What stands out most to me in this moment is the compassion of the community, how they are clearly looking for a change and making sure we are truly uplifting all the voices … [so that] our legislature is just as diverse as the people who are here,” Small said.