Vermonters On the Move Again After Weeks Under Stay-Home Order 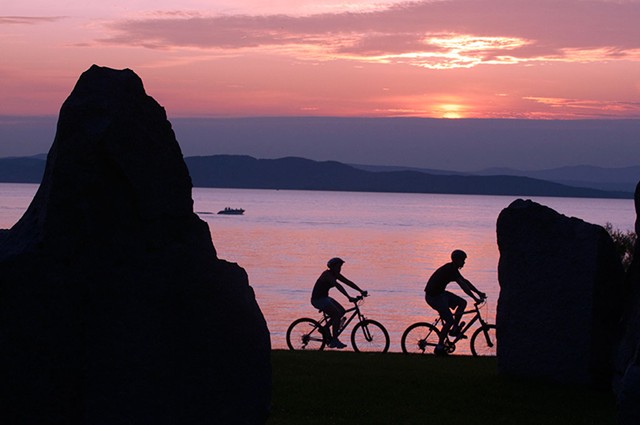 Soon after Gov. Phil Scott declared a state of emergency on March 13, Vermonters dramatically reduced the distance they traveled each day.

Mobile device data show that movement in the Green Mountain State dipped considerably — and steadily — until March 24, the day Scott issued his "Stay Home, Stay Safe" order. By that point, Vermonters had reduced their movement by nearly 100 percent compared to a pre-coronavirus baseline.

And movement in Vermont stayed low for the next four weeks: 97.5 percent, on average, below normal, according to data released by Descartes Labs, a geospatial data processing company. Descartes has been releasing daily data on how movement throughout the U.S. has changed since early March.

To calculate overall movement in a state, the company calculates the farthest total distance each person in its sample traveled in a day, based on mobile device location pings. It then takes the median of all those daily samples to approximate average distance traveled and compares that to baseline, pre-coronavirus movement to determine the difference.

During the four-week span after the stay-home order, Vermont had the eighth highest reduction in movement in the nation, behind several states —including New York, New Jersey, Massachusetts and Washington — that instituted stay-home orders earlier.

Slowly but surely, Vermonters have been back on the move the last two weeks. From April 18 to May 2 — the most recent date for which data were available — movement in Vermont was 81 percent below the baseline number.
Is it quarantine fatigue? Or the governor's decision to "loosen the spigot" and allow certain industries to get back to work? Maybe the warmer weather?


Sunny skies certainly seem to get people moving. On Saturday, when temperatures reached 67 degrees in Burlington, movement was just 56 percent below its pre-coronavirus baseline, higher than it had been since March 17.

While Descartes' mobility data show how much Vermonters were moving, it doesn't show why they were moving. But Google has mobility data of its own that show how often people visited different places, such as parks and grocery stores.
Between March 15 and April 26, visits to retail and recreation locations — including restaurants — in Vermont were down by about 48 percent compared to pre-coronavirus behavior. Visits to grocery and pharmacy locations, meanwhile, were down by 25 percent, the data show.

Park visits were slightly lower than the baseline overall, but there were significant spikes above the baseline on weekends and nice days.

With the approaching summer, Vermonters' mobility will likely continue to rise, as long as coronavirus cases continue to go down. But a return to full mobility is still well off. Schools are closed until at least the fall, businesses are slowly opening, and many people are continuing to work from home.
Prev
Next