'Dark Cloud' Over St. Albans PD After Officer Charged With Rape | Off Message 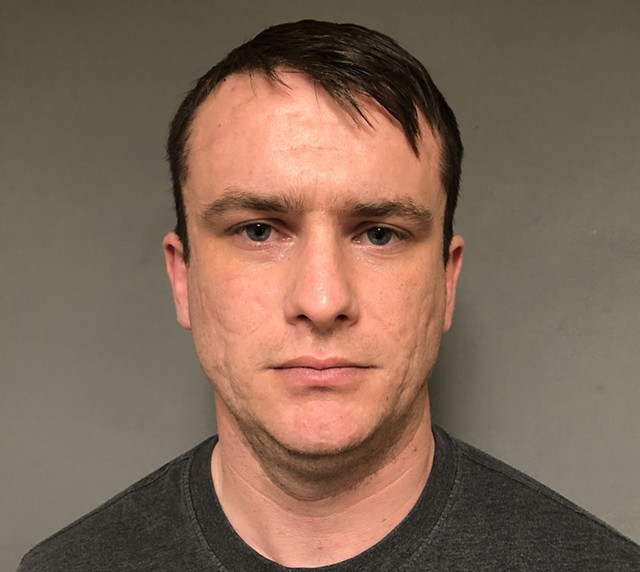 A police officer with the scandal-ridden St. Albans Police Department is accused of repeatedly raping a family member when they were children, then assaulting her this month as the victim began speaking up about the abuse.

Zachary Pigeon, 29, and his 56-year-old father Allen Pigeon were arrested Sunday and pleaded not guilty in state court Monday to charges of kidnapping, unlawful restraint, obstruction of justice, burglary and simple assault. Zachary Pigeon will be arraigned again Wednesday on charges of sexual assault and aggravated sexual assault, prosecutors said.

A Vermont Superior Court judge released both men on Monday pending trial. They each face up to life in prison.

A female relative of Zachary Pigeon told Vermont State Police troopers this month that he had sexually assaulted her on numerous occasions from 2003 to 2007, when Pigeon was a teenager. He used a box cutter and threats to coerce her to perform different sex acts, the woman told police.

Pigeon initially denied having any sexual contact with the woman, but police said he later "recanted," saying instead that he had consensual sex with her in 2018, according to a court affidavit.

Now 26 years old, the woman told police of the sex assaults on April 17. She also reported an April 5 incident in which two masked men broke into her trailer while she was sleeping, dragged her outside and threw her off the front porch. The men then used a lit cigar to burn her across her back and threatened "that if she said anything more, or tried to get them in any more trouble, she'd be dead," according to the affidavit. The woman told state troopers that she recognized the men by their voices as Zachary and Allen Pigeon.

The woman also said Allen Pigeon left her a since-deleted voicemail from a private number in which he threatened to "slit her throat" if she didn't "shut her mouth." 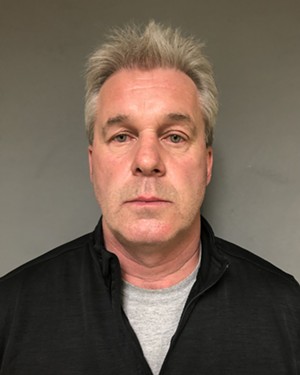 Several weeks before the alleged assault and threats, Zachary Pigeon arrested a man who is close to the alleged victim's family for driving without a license. During the encounter, the man told Pigeon that "he had heard a lot of things about him," according to the affidavit. A passenger in the car claimed she told another responding officer that Pigeon had molested the relative.

Zachary Pigeon's attorney, Mark Kaplan, said his client "expects to be exonerated of all charges."

The allegations are yet another shocking blow to the St. Albans Police Department, which now has four current or former officers who are the subjects of active criminal investigations or have been charged with violent crimes.

Former sergeant Jason Lawton was fired last summer after punching a handcuffed woman in a holding cell. He was later charged with assault.

Daugreilh is said to have pepper-sprayed a handcuffed man in a holding cell in 2017. He resigned while under internal investigation. The Vermont Attorney General's Office initially decided not to prosecute the former cop, but reopened the case in January when Vermont Public Radio sought video of the incident.

Earlier this year, Seven Days published bodycam video that showed Schwartz using a Taser within seconds of encountering a man on a city sidewalk. The department defended his conduct in that incident as legal.

But as a result of the public scrutiny, the department examined other incidents involving Schwartz, according to Gary Taylor, the department's longtime chief. That review turned up another troubling case in which Schwartz used force during a "warrantless, unauthorized search," Taylor said this week.

A Tased Man Claims Excessive Force by St. Albans Cops
By Derek Brouwer
Crime
Schwartz resigned March 4 while under internal investigation, Taylor said. The chief referred the case to the Vermont State Police for a criminal investigation, which is ongoing.

"It's absolutely nothing I could have ever guessed," Taylor said of the allegations. "I'm completely surprised."

Unlike the other cases, the allegations against Pigeon are largely separate from his work, though Taylor said he plans to review video of the traffic stop mentioned in the affidavit. But the police chief looked past at least two instances of bad behavior in bringing on the new recruit last year.

Pigeon, who was hired in April 2019, had applied for a job on the force in 2018. Taylor said he didn't hire Pigeon at that time because a background check turned up a police report from Pigeon's ex-wife, who accused him of sending what Taylor described as an "inappropriate picture."

The chief told Pigeon to come back in a year if he kept a clean record. Pigeon did, and Taylor hired him.

After just several weeks on duty, however, Pigeon received a written reprimand for a comment he made to a biracial colleague at the station.

The colleague, former St. Albans officer and current Franklin County Sheriff's Deputy Michael Ferguson, told Seven Days that he made a joke in the officers' room about climbing the departmental ranks, to which Pigeon replied, "One day you can be the H.N.I.C."

Ferguson, who is half black, didn't know what the acronym meant until the officer-in-charge told him privately that it was slang for "Head Nigga In Charge." The colleague urged Ferguson to report Pigeon to department leadership, but Ferguson said he didn't think it would do any good given the climate of harassment he said he was already facing within the department.

"The reason why Pigeon even had the balls to say that is, him being a new guy, he saw how I was being harassed," Ferguson said.

Beating of Handcuffed Woman Leads to More Fallout for St. Albans Cops
By Sasha Goldstein
Off Message
Taylor initially told Seven Days that he'd reviewed Pigeon's file in light of the criminal case and found "nothing" that would "ever suggest or hint at what has come to light." The chief later acknowledged the disciplinary issue.

Pigeon had not yet entered the Vermont Police Academy at the time of his "H.N.I.C." comment, but Taylor said he decided Pigeon's behavior didn't warrant more serious discipline or termination.

Plus, Taylor noted, new recruits are in short supply. "If they make a minor lapse in judgment and they correct it, you would move past it," he said.

Ferguson resigned last year while the department investigated whether he had failed to report Lawton's conduct during the incident with the handcuffed woman. The Franklin County Sheriff's Office hired Ferguson not long after.

Pigeon had also applied for a job with the sheriff's office in 2018, Langevin said, but was turned away.

The St. Albans department has made several policy changes around how it reviews use of force, added a night-shift commander and scheduled deescalation trainings in recent months that earned praise from the American Civil Liberties Union of Vermont, an earlier critic.

"Other police departments across the state should take these same steps to eliminate unnecessary force and any elements of military-style policing culture," ACLU staff attorney Jay Diaz said in a statement.

Despite Discrepancies, St. Albans Officials Stand by Police Chief
By Colin Flanders
Crime
For months, St. Albans officials strenuously denied that the department had a culture problem among its ranks and instead attributed instances of officer misconduct to a few bad apples.

This week, Taylor said he has since understood that the department had a "small faction" of its 26 or so officers who "operated a little differently than everybody realized."

Taylor said he had not included Pigeon among them.

Asked about the mounting misconduct issues in St. Albans, Attorney General T.J. Donovan said in a statement that he was "concerned" by the number of officers who face allegations.

"I urge the St. Albans City Council to exercise their civilian oversight of the police department to ensure all practices, policies, and procedures, including hiring, retention, and workplace culture, are being followed and that community trust in law enforcement in St. Albans is increased,” he said.
Prev
Next