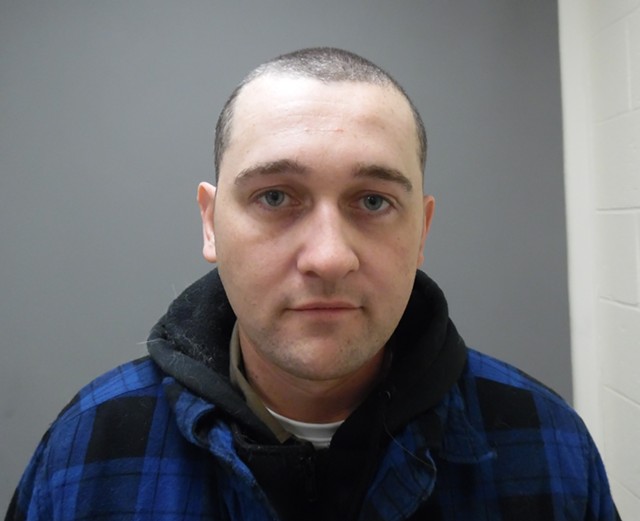 Lawton was arrested and processed Thursday morning after a "lengthy investigation," state police said in a press release. The St. Albans Police Department cooperated in the probe, state police said.

Lawton will be arraigned November 18 in Franklin County Superior Court for the misdemeanor charge. He faces up to a year in jail and $1,000 in fines.

The AG's office said Thursday it would not comment until after Lawton's arraignment. The news comes less than a week after Attorney General T.J. Donovan announced that he wouldn't charge a Burlington cop who punched a man who later died.

St. Albans Police Chief Gary Taylor told Seven Days in August that he fired Lawton from the department in July following a monthlong internal investigation, and said he referred the incident to state police to review for potential criminal charges. 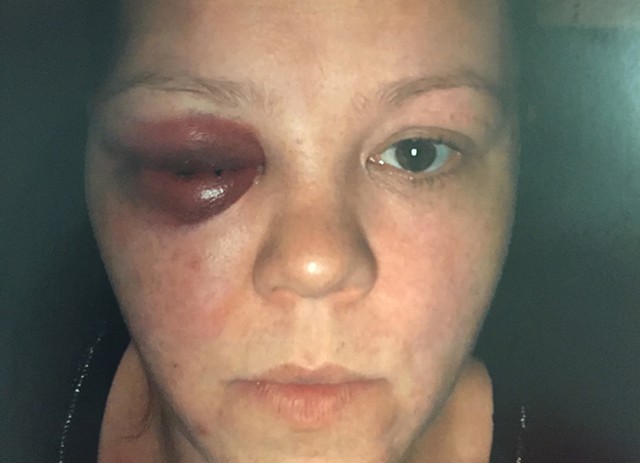 The charge stems from a March incident in which Lawton punched Amy Connelly, 35, of Highgate, while she was handcuffed inside of a holding cell at the St. Albans Police Department.

Connelly was arrested after she drunkenly ripped a man’s shirt inside Shooters Saloon in St. Albans, and then refused to leave, police documents say. Authorities leveled charges of disorderly conduct and unlawful mischief against her. Lawton later added a citation for simple assault after the woman allegedly kicked him in the shin.

Police video of the incident showed Lawton eating dinner with a colleague when he stopped, walked over to Connelly's cell and told her to stop kicking the door. In his report, Lawton said he attempted to gain control of Connelly by delivering a "front distraction strike" to her face.

‘You Guys Are Brutes!’ St. Albans Cop Punches Handcuffed Woman
By Sasha Goldstein
Off Message
"The strike had the desired effect, as it distracted her from her aggressive behavior," Lawton wrote. He said Connelly's kick caused a "lingering discomfort" in his shin that he described as a "two out of ten pain."

Lawton’s report indicates that officers “immediately” called EMTs. She was handcuffed to a bar in the cell for about 10 minutes before medics came, the police video showed.

Reached Thursday, Connelly’s attorney, Albert Fox, said the news that Lawton had been charged "means a lot" to his client, though there remain "serious questions" about why it took so long.

“While I’m satisfied that the AG’s office did do the right thing, eventually, I think it’s disturbing how hard it was to get to this point,” Fox said.

The attorney said he's also seen no indication that the state plans to drop Connelly's assault charge. She's due in court in December. He hopes to go to trial “as soon as possible” if the state continues to pursue the case.

“I think it’s very clear to everybody who saw that video that the person who should be facing charges is former sergeant Lawton,” Fox said.

Taylor said he didn't know about the punch until the American Civil Liberties Union of Vermont requested video of the incident in May. Lawton had filed what’s known as a “response to resistance” report two months earlier, but it didn’t raise a red flag. Taylor later said it should have.

“I think that his actions in this case are a poor reflection of the values of the people who make up this organization,” Taylor said in August.

In an interview Thursday, Taylor was wary of speaking about the decision to charge Lawton. "I’m in the middle of a labor lawsuit claim now that I fired without cause," Taylor said. "I really can’t say anything."

But the chief said the department has taken steps to ensure a similar incident does not happen again. He said he hopes "this is a chapter that's behind us."

Beating of Handcuffed Woman Leads to More Fallout for St. Albans Cops
By Sasha Goldstein
Off Message
"It’s regrettable and it’s unfortunate and I think I’ve apologized as many times as I possibly can," Taylor said. "I took action immediately when I had the grounds to do that. That type of conduct and behavior is not acceptable and won't be tolerated here." 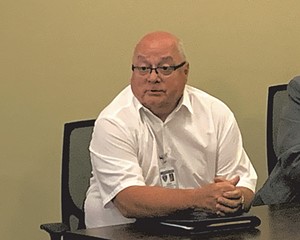 The punch was not the first time Lawton was accused of a transgression while on the job. While a Shelburne police officer in 2012, Lawton made international news when he falsely testified under oath about a driver he had ticketed for running a red light. Lawton's dash cam footage showed the driver, Rod MacIver, hadn't run the light as Lawton claimed; MacIver later sued the department. The case was settled for an undisclosed amount.

See video of the incident below: