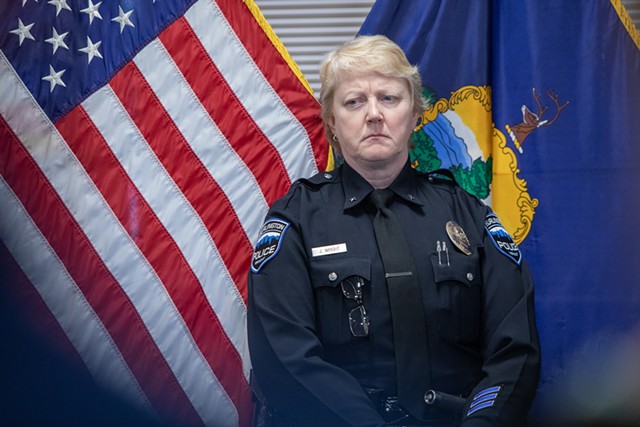 In a stunning turn Monday, Mayor Miro Weinberger announced that the woman he had just named acting chief of the Burlington Police Department has been replaced — for operating a social media account under a fake name.

Deputy Chief Jan Wright informed the mayor that she had occasionally used a Facebook account under the name “Lori Spicer” and discussed the police department on the page.

The mayor's office announced Wright was out as acting chief just hours after she was named to replace chief Brandon del Pozo, who himself resigned Monday after admitting he briefly using an anonymous Twitter account to troll a critic.

“While Deputy Chief Wright’s situation may be very different than Chief del Pozo’s, given the circumstances the department is facing, I found the failure to raise this issue with me in the lead-up to today to constitute a lapse in judgement," Weinberger said in a statement.

"Murad has confirmed explicitly to the City Attorney Eileen Blackwood and HR Director Deanna Paluba that he has never engaged in anonymous social media posting," the mayor wrote in his statement. 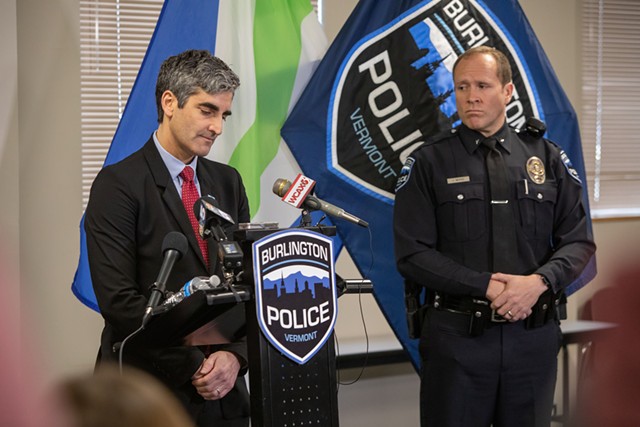 He also said he's asked Blackwood and Paluba to review the posts on the "Lori Spicer" account and report to him by week's end if discipline could be needed.

Del Pozo Didn't Disclose Fake Twitter Account in Legal Filings
By Derek Brouwer
Off Message
The mayor said he'll bring in an outside investigator and vowed that the department will adopt a social media policy.

The mayor's office announced the news about Wright just before 7 p.m., as protesters had gathered outside of city hall and the city council prepared to meet. Among the agenda items up for discussion was del Pozo's resignation, announced at noon Monday.

In one thread, "Spicer" went after Winkleman for being "obsessed with Chief del Pozo.

"You can't get enough of him," she wrote. "He definitely lives rent free in your head. Seek help"

During public comment at Monday's city council meeting, Winkleman mentioned that specific post and pointed to the city's argument that del Pozo's bad behavior should be excused because it was related to an underlying medical condition.

"Does that sound like a deputy that cares about mental health?" he said. "I spent the last five months wondering if the police are following me, whether I am being monitored."

In April, "Spicer" wrote a recommendation for the Burlington Police Department on Facebook.

"The Chief seems to be a lot more transparent than other Chief's in the area," she wrote. "Seems as though the public holds the Burlington police to a much higher standard. I think that says a lot."

Correction, December 16, 2019: A previous version of this story misidentified the people "Spicer" follows on Facebook as her friends on the platform. And a prior version contained a misspelling of Councilor Dieng's name.
Prev
Next