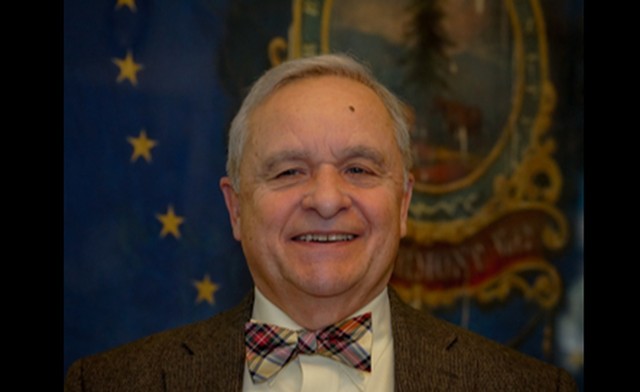 There was a collective gasp in the House chamber when Johnson announced Forguites' death. Her voice breaking with emotion, Johnson called on her colleagues to support each other as they remembered “a man that represented the best of Vermont.”

Johnson said Forguites was found dead on Monday. He was 80.

Forguites was born and raised in Brandon, Vt., then served in the Army, according to his legislative bio. He served as Springfield town manager for 16 years and was first elected in 2014 to represent that city in the House. He is survived by a son, Adam.

In an emailed statement Tuesday morning, Gov. Phil Scott said Forguites will be remembered for his service to his town, state and country.

“Bob always put his constituents first and was known for his independent voice,” Scott wrote. “His years of service are greatly appreciated, and my thoughts are with his family, friends and colleagues during this difficult time.”

Tom Yennerell, Forguites’ successor as Springfield town manager, said in an interview Tuesday morning that the two got to know each other well during the transition.

“He stayed on for a little over a month and we worked together,” Yennerell said. “He showed me the ropes here.”

Yennerell said Forguites was a good person to have around when tensions were high. With a cool head, Forguites would “settle it out and everybody would walk out of the room smiling and shaking hands,” Yennerell said.

In a written statement after she announced Forguites’ death, Johnson echoed that sentiment.

“He did not speak often, but when he did, it was to bridge divides and people listened,” she wrote.

The last time Yennerell saw Forguites was at a legislative breakfast a few weeks before his death. He recalled a moment of levity when lawmakers were discussing a bill to ban single-use plastic bags and reduce plastic straw use in Vermont.

“He was joking about having purchased a metal straw … and he produced this metal straw,” Yennerell said with a chuckle. “We’re in a large room and there’s a head table where the local legislators were sitting, and he’s at that table … and then he pulls out of his pocket a small brush that he purchased to clean the thing.”

Everyone in the room had a laugh, Yennerell said. But it was clear on Tuesday that the mood was heavy at Springfield’s town offices.

“It’s the end of an era,” Yennerell said.

In her statement, Johnson said she will remember Forguites for his nonpartisan approach and his compassion. Johnson also shared an excerpt from remarks Forguites made on the House floor in 2016.

“I dream of the day when all of the issues discussed in this building will be settled in a manner that is good for all of the people of the State of Vermont and not necessarily what is good for us individually or our political affiliation,” Forguites said at the time.

He acknowledged that the idea might be shrugged off as “just dreams,” but he urged his colleagues to be optimistic and keep working hard.

“If we dream and work together, who knows what great and wonderful things we might accomplish,” he said.
Prev
Next