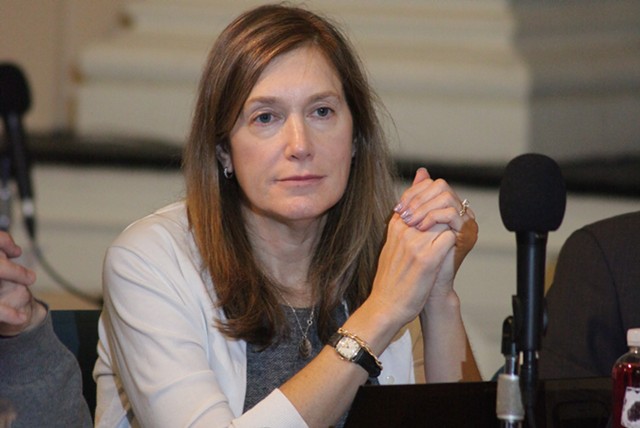 An email that Burlington City Councilor Karen Paul wrote to Mayor Miro Weinberger shortly before she announced that she would recuse herself from a vote on the sale of Burlington Telecom is exempt from disclosure under the Vermont Public Records Law, a judge ruled Monday.

The newspaper sought the email last year and challenged the city's denial in court.

Mello sided with city lawyers who said the email falls under a provision of the records law that shields communications between city departments when they are preliminary to policy determination or action.

At a hearing last week, an attorney for Seven Days, Jared Carter of the nonprofit Vermont Community Law Center, argued that a city councilor is not a city department. Carter also argued that an overly broad reading of the exemption would threaten government transparency and go against the spirit of the law.

Mello disagreed. He reviewed the email privately and determined that the content fell within the parameters of communication that should be shielded to allow public officials to have full and frank discussions before deciding an official action.

According to the judge's ruling, the email does not include discussion of Paul's reason to recuse herself. It does include Paul's opinions and observations regarding a future vote by the council, Mello wrote.

Paul initially announced her intention not to vote due to an unexplained professional conflict of interest. Afterward, she quit her job at a local accounting firm.

She then voted on the closely watched sale of Burlington Telecom after all, but she never publicly divulged her reason for initially planning to recuse herself.
Prev
Next