That was the Burlington City Council's message to the University of Vermont Medical Center administrators and nurses who are divided on wages and working conditions.

The council unanimously passed a resolution Monday urging the two sides to find common ground after the nurses' union went on strike for two days last week. The nurses returned to work on Saturday without a contract, but have not yet returned to the bargaining table, much less come to an agreement with the hospital.

The nurses' union could strike again, though it would need to provide a 10-day notice to the hospital.

The council was initially reluctant to intervene, said councilor Brian Pine (P-Ward 3). He eventually brought forward the resolution to publicly acknowledge that nurses are "so critical to the community's health, safety, and well-being.

"I think it's appropriate for the council to take a position," Pine said.

The resolution didn't take sides, but urged the nurses and hospital leadership to "come to an agreement that is in the best interest of the community and respects the worth and dignity of UVMMC’s nurses and other health care workers, leads to safe nurse staffing and a reduction in vacancies, and pays fair and equitable wages to recruit and retain high quality nurses and support workers."

UVM Medical Center Nurses to Return to Work Saturday
By Sara Tabin
Off Message
Councilors described the care they had received. Pine said his children were born in the hospital. Max Tracy (P-Ward 2) remembered the nurses who brought a friend back to health. Dave Hartnett (D-North District) praised the care his wife received when she underwent a kidney transplant.

"The longer this goes on, the more it tears this community apart," Hartnett said of the division. "Please go back to the table, hammer this out, get a fair contract."

Nurses, as well as the hospital's chief operating officer Eileen Whalen, turned out to City Hall to express support for the measure.

Whalen praised the nurses's work and vowed to find a solution. "All of you and all the people in this community are counting on us," she said.

A handful of nurses reiterated the union's arguments before the council: They are underpaid and understaffed, and have trouble keeping up with a greater numbers of patients.

"For years, nurses have done what they need to do, but they haven’t really stood up for themselves," said nurse Joanne Hunt. After deciding to strike, “I felt both the proudest I ever felt as a nurse, and also the saddest," she added. 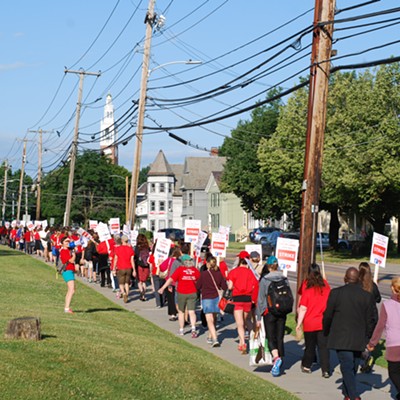 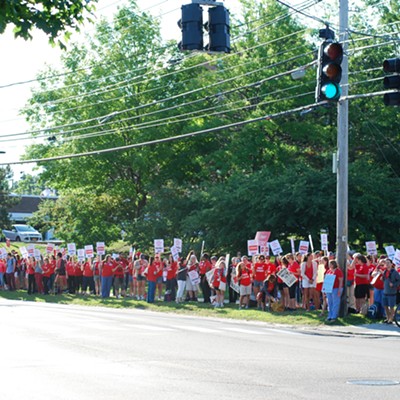