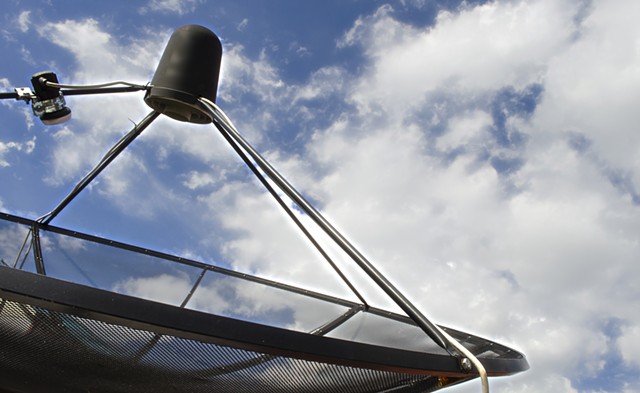 WPTZ-TV plans to vacate its crowded digs in Colchester for a new studio
in South Burlington, the NBC affiliate announced Tuesday.

The station's Plattsburgh bureau will stay open, but the technical hub located there now will move to the new location in the Technology Park at 30 Community Drive in South Burlington. The move will happen by next spring.

The station, known as NBC5, also announced that it will open a new bureau in Lebanon, N.H., and close the one it currently runs on the Vermont side of the Connecticut River in White River Junction.

The station's workforce of roughly 90 employees in New York and Vermont won't change in size. But some jobs will move from New York to Vermont, said Justin Antoniotti, president and general manager of WPTZ and WNNE, which serves the Upper Valley region of Vermont and New Hampshire.

"We do anticipate some of the technical positions will move to the new location in South Burlington," Antoniotti told Seven Days.

The moves signal a desire for more space and better reach into all corners of the two stations' three-state market, he added.

The station will maintain its longstanding presence and coverage in upstate New York, according to Antoniotti. The New Hampshire bureau will cover the same areas now being covered by the White River office. "We really remain committed to covering the entire market," Antoniotti said.

After a long search, the Hearst-owned station announced the plans to employees Tuesday morning. Antoniotti said he'd looked at dozens of locations before opting for the South Burlington site.

"We've simply outgrown the Colchester location," he said about the office on Roosevelt Highway. "We've been there since 1985 and we need more space."

The company had considered a site on Marshall Avenue in Williston earlier this year and, through a real estate company, had proposed a new building with multiple satellite dishes and an 80-foot tower.

But after the town development review board imposed a number of conditions during the preliminary review phase, the project developers did not return for a full review, according to Williston director of planning and zoning Ken Belliveau.

WPTZ must also go through a review process in South Burlington. It's unclear how intensive that will be. No application had yet been filed, South Burlington administrative officer Ray Belair said Tuesday.

The Technology Park property is zoned to allow TV or radio use, but it's likely the project will need to seek either an administrative approval or development review board permission, Belair said.

"It all depends on what it is they are proposing," he added.
Prev
Next