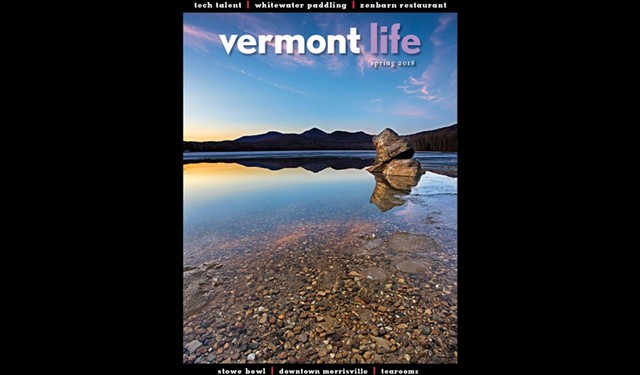 Vermont Life magazine will publish for the last time next week, Gov. Phil Scott’s administration announced Thursday. The closure of the financially troubled state-run magazine comes after administration officials earlier this year said that the operation was running "in the black" and chipping away at its $3.5 million debt.

Michael Schirling, the secretary of the Agency of Commerce and Community Development, said the magazine’s finances were trending in the right direction until this spring. Schirling said the publication’s problems were similar to those faced by privately owned newspapers and magazines.

“Advertising revenue and subscription rates,” Schirling said. “We haven’t been able to recover advertisers from what was an upturn for several quarters. We started to see a downturn earlier this year, but we expected that to turn back to a more positive number, and we were just unable to do that.”

Schirling said the magazine’s six staff positions will be eliminated.

Sen. Jane Kitchel (D-Caledonia) said she was sad that the administration chose to close the magazine just a few months after nine outside organizations made bids to purchase it.

Those bids were a response to legislation last year that came out of the Senate Appropriations Committee, which Kitchel chairs. It required Schirling’s agency to explore the possibility of selling Vermont Life to avoid ceasing publication. The state created the magazine more than 70 years ago.

Kitchel said she values Vermont Life, and last year’s legislation was designed to put the magazine in the best financial situation possible.

“On the surface, it appeared that if an entity was able to successfully publish other magazines, that perhaps they had greater expertise and understanding of the market,” Kitchel said Thursday.

“We were basically saying, ‘Should the State of Vermont be in the publishing business?’ and [the administration’s] determination was, ‘Yes, it should,’ and then where are we?” Kitchel said. “Less than a year later, they’re saying the magazine’s got to be discontinued. That was not how we had hoped things would evolve.”

Schirling said the magazine’s fate wouldn’t be different if the administration had agreed to sell it.

“The outcome would largely be the same, although the state would then give up the brand itself,” Schirling said.

By choosing not to sell it, the state retains ownership of the dead magazine's brand. Publishing online remains a possibility.

Schirling said there’s not currently a plan to pay down Vermont Life’s $3.5 million debt, but he said the administration plans to work with the legislature to pay it off. Subscribers will be refunded for the magazines they don't receive, Schirling said.
Prev
Next