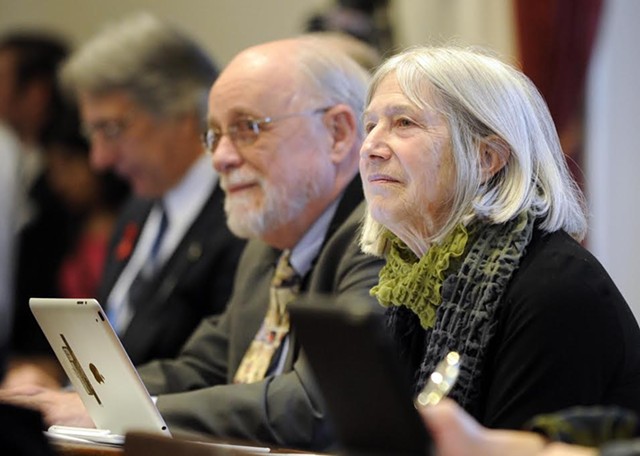 A large coalition of Vermont nonprofits are concerned that a proposal currently under consideration in the state legislature would discourage large charitable donations.

The tax bill, which passed the House and is now under review in the Senate, includes a provision that would eliminate the tax deduction for charitable donations at the state level and replace it with a 5 percent tax credit, which would apply to contributions of $10,000 or less.

The University of Vermont, the Vermont State Colleges, Vermont Public Radio, the Vermont Foodbank and a number of other nonprofits wrote in a strongly worded letter to Gov. Phil Scott and the legislature that the change would send a message to potential donors that “Vermont does not encourage or welcome large, transformational gifts.”

“It is clear that deconstructing charitable giving in Vermont will have a detrimental effect on the state’s nonprofits, and most importantly, the people we serve,” the letter reads. “Attempting to raise revenue on the backs of the charitable sector is irresponsible and will hurt our communities.”

Rep. Janet Ancel (D-Calais), who chairs the House Ways and Means Committee, said that the charitable deduction, which is only available to residents who itemize their taxes, largely benefits higher-income people, whereas a credit would be available to anyone making a donation.

Ancel said the credit could encourage a broader swath of people to give to charity, and she doesn’t think the $10,000 cap would dissuade large donors. “I take seriously their concerns. If I felt it was going to hurt the nonprofit sector, I wouldn’t support it," she said. "I think it won’t, but I think it may change the way they do business a bit.”

Scott proposed the credit and Ancel’s committee, estimating that it would cost about $24 million in tax revenue, decided to add a cap. A donor could still give $20,000, though only $10,000 of the gift would be eligible for the 5 percent tax credit.

Adding the cap, Ancel said, enabled her committee to increase the Earned Income Tax Credit and expand tax exemptions for Social Security recipients, providing more tax benefits to lower- and middle-income Vermonters, who are "people that a lot of these nonprofits help.”

The state’s charitable tax benefit stems from the federal charitable deduction, which fewer people are expected to take advantage of due to changes made in the federal tax law passed last December.

The governor opposes the cap, and, like the nonprofits, worries that it could discourage large donations. But Scott also suggested in a statement that the nonprofits “may be missing the point” that “we felt this initiative would HELP nonprofits supplement the contributions lost … as a result of the federal change.”

The Senate Finance Committee is currently discussing the tax bill, which contains an education finance proposal that the governor opposes. Sen. Ann Cummings (D-Washington), the finance chair, said her committee hasn’t made any decisions about the charitable deduction but, “I think we all understand the angst of the charities.”

Read the full letter below: