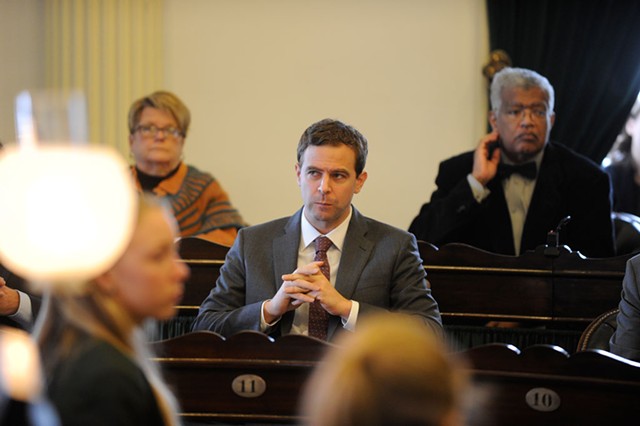 The Vermont Senate voted 22-8 Thursday to override Gov. Phil Scott’s veto of a bill that would expand state regulation of toxic chemicals in consumer products. The House is now expected to hold a vote next week that will decide whether the bill becomes law despite the governor’s objections.

Scott vetoed the bill, S.103, on Monday due to his concerns that the legislation would make the state less business-friendly without substantially improving public health. He specifically objected to a section of the bill that would give the commissioner of the Department of Health — a gubernatorial appointee — expanded power to require labeling or even ban the sale of products determined likely to expose children to harmful toxins.

There was no floor debate. In a statement after the vote, Senate President Pro Tempore Tim Ashe (D/P-Chittenden) said the law would allow the state to respond quickly to public health threats.

“Current law is bureaucratically cumbersome and the Legislature believes the Commissioner [of health] should be allowed to act quickly to protect our children from exposure to harmful chemicals,” Ashe said.

The other senators voted in favor, clearing the two-thirds threshold required to override a governor’s veto.

The Vermont Public Interest Research Group applauded the Senate vote. "By standing up to the chemical companies and industry lobbyists hell-bent on killing this bill, they've taken a giant step toward making Vermont a safer place to raise a family," VPIRG executive director Paul Burns said in a statement.

In the House, the bill needs the support of two-thirds of the representatives present to pass. Otherwise, the veto will be sustained and the bill will not become law.