Safe Response Team to Knock on Doors After Burlington Overdoses 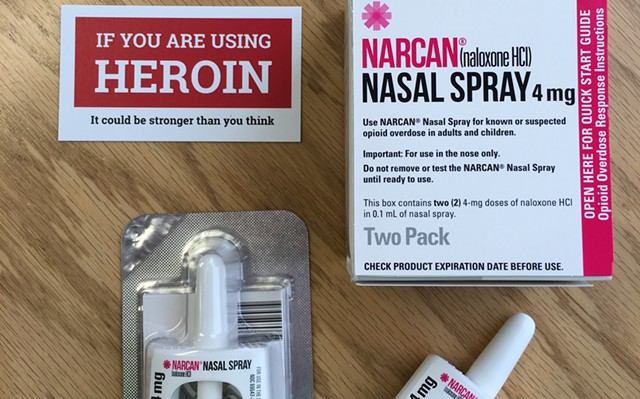 Come February, three Burlington city officials plan to visit the home of every person in the city who overdoses on drugs.

The team will visit within 24 hours of an overdose — ideally on the same day, Corbally said. At each home, the team will offer resources for treatment, contact information for Corbally and the overdose-reversing drug Narcan. Corbally said she expects the team will respond to two to five calls each week.

“We’re going to be relentless,” she said. “We are going to find folks and let them know we care.”

Corbally announced the initiative on Thursday at a meeting of CommunityStat, a group of about 40 nonprofit and city leaders working to combat the opiate crisis.

"We will have a really frank, empathetic, compassionate conversation," Corbally said. "We want to demonstrate to the community that we are in this together."

Burke said participation on the team is "far from a typical ... police role." But, he added, "We feel like we can bring the security perspective and the 24-hour relentlessness."

The police department will track the project by assessing the willingness of people who overdose to be treated, how long it takes them to get treatment and whether they OD again.

The pilot won't cost the city anything, Corbally said. Officials will review its success after four months and decide whether to make the team permanent. If the work continues, Corbally and two officers will make the home visits.

Other police departments in Chittenden County have already expressed interest in establishing similar models in their own towns, Corbally said.

Correction, 4:45 p.m.: An earlier version of this story had the wrong name for the Safe Response Team.