Burlington Residents to Vote on Regional 911 Call Center | Off Message 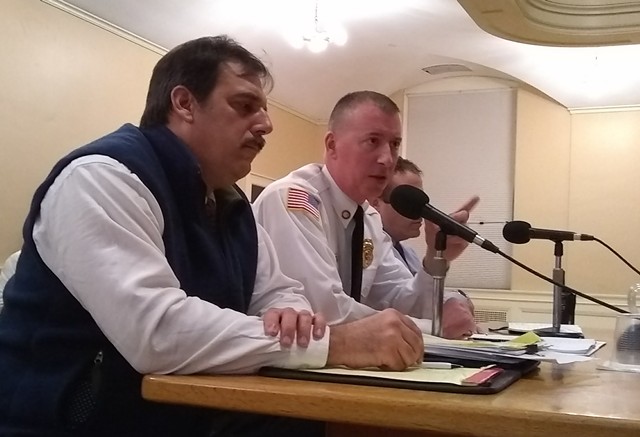 Come March, Burlington voters will decide whether the city will move forward with a regional dispatch and 911 call center. The city council voted Monday to put the measure on the Town Meeting Day ballot — despite concerns from dispatchers.

A regional center would combine the operations of up to eight municipalities — Burlington, Colchester, Essex, Milton, Shelburne, South Burlington, Williston and Winooski — depending on which ones vote in March to move forward. The existing system uses seven dispatch centers.

Burlington Fire Chief Steven Locke said the change could save between 60 and 70 seconds in response time on each 911 call. Depending on how many towns participate, the move could also save money, Locke told Seven Days.

The consolidation would also improve safety for cops who need backup on the street, Burlington Police Chief Brandon del Pozo told the council. "When my cops need help or any cops need help, I want them to get it right away," he said.

Burlington dispatcher Alex Veronneau disputed the claim that a full minute of time would be saved and accused Locke and other organizers of being "disingenuous with data and statistics." Veronneau said there had been a "lack of transparency" and a failure to engage dispatchers in the planning process.

If voters approve the measure, the participating towns will form a detailed plan. At that point, organizers would figure out the potential cost savings and whether they'd keep all employees.

The Burlington council would vote again to approve any final agreement.

Burlington dispatcher Kathryn Clark said she worried that that dispatchers would have to reapply for their jobs, lose their union membership or lose health insurance. She also pointed out that local dispatchers' familiarity with the city and its residents can speed response times.

"We're very uncomfortable with the current plan, or the lack thereof," Clark said.

The council passed an amendment mandating that dispatchers be included in the process going forward.

Councilor Max Tracy (P-Ward 2) voted against the measure because of what he called a lack of a "clearcut proposal on the table tonight." Important questions had not been answered, he said. "This is crucial information and a crucial consideration for our community," he said.

Despite initial doubts, 11 out of 12 councilors eventually voted in favor of the ballot item.

"There are some sacrifices," acknowledged Locke. "But ultimately, the value of this far exceeds the costs."