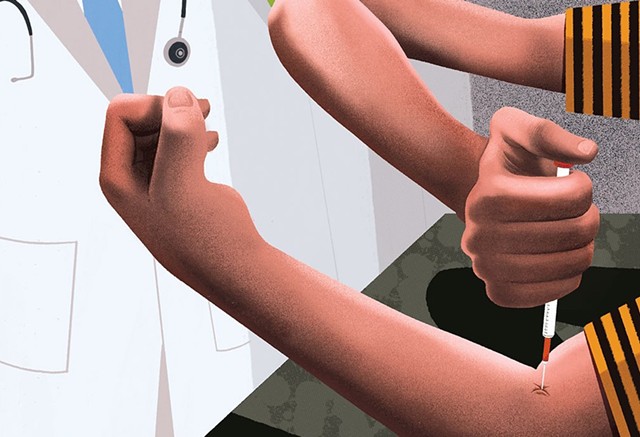 “I am confident this will save people's lives,” George said, during an interview Monday ahead of a public announcement Wednesday morning. “That’s good enough for me.”

These facilities, George suggested, will help Vermont address its opioid epidemic, which caused an unprecedented number of overdose fatalities in the state last year.

Safe injection facilities provide users with clean needles and medical supervision. Users arrive with their own drugs, without risking arrest.

The endorsement from Chittenden County's top prosecutor could help galvanize a legislative effort to establish such facilities in Vermont. Lawmakers introduced bills in both the House and Senate last January, but the legislation languished.

George said she was initially skeptical when a deputy told her about the concept last February. “I had never heard of them before, [and] frankly, I was pretty turned off by the idea,” George recalled.

Despite her qualms, the new state’s attorney assembled a commission of medical professionals, law enforcement and other stakeholders to study the idea. Following the commission's recommendation, George said she believes the state should legalize safe injection sites.

What changed her mind? George said that the commission presented her with an “overwhelming amount of research” demonstrating that these facilities reduce overdose deaths and needle-related infections; encourage users to seek treatment; and reduce public drug use. Studies have also refuted concerns that the facilities encourage drug use and increase crime.

At least 85 safe injection sites exist worldwide, according to the commission’s report. A number of U.S. cities, including Seattle, Ithaca, and San Francisco are working to establish safe injection sites, although some of these proposals have encountered pushback.

To address concerns about drug users driving away from a facility while under the influence, George wants medical screenings for all visitors before they depart.