Official: Refugee Resettlement to Resume in Chittenden County | Off Message 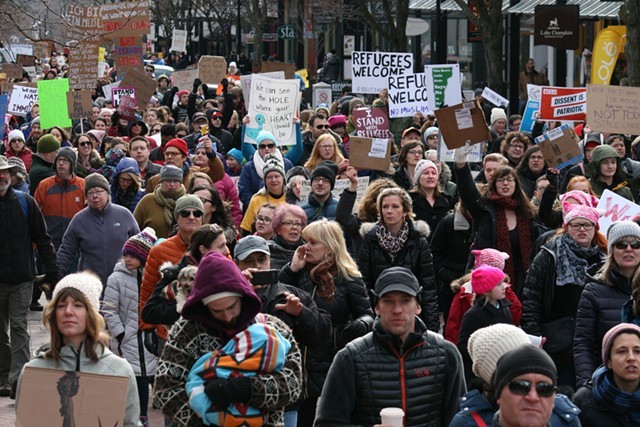 Chittenden County could once again welcome refugees in the coming weeks.

Flights for families and individuals set to be resettled in the U.S. are being booked despite the executive order that President Donald Trump signed on January 27, a U.S. Committee for Refugees and Immigrants official told Seven Days on Sunday. The order bars entry into the U.S. for all refugees and for nationals from seven majority-Muslim countries. On Friday, U.S. District Judge James Robart issued a temporary order in Seattle that lifted the ban nationwide.

"Rebookings are happening for families and individuals planned to arrive across the country," USCRI director of government and community relations Stacie Blake wrote in an email. "While those to be rebooked do include Syrians, none of them had been headed to Rutland."

"We are looking forward to welcoming the families who are scheduled to arrive in Chittenden County in the next couple of weeks," she continued.

Blake said she doesn't know how soon the families will arrive. Such information will not be shared in order to protect their privacy, she added.

To us, every number is a person and a life saved. It is difficult to imagine the turmoil and confusion the families have experienced the past several days to have hopes dashed and then rekindled. We look forward to returning to the stable, safe and orderly resettlement system the U.S. has used for decades.


Trump's executive order prompted rallies and protests across the country, including in Burlington. The State Department said it had revoked up to 60,000 visas of nationals from the affected countries.

The legal battle over Trump's order is expected to continue.