Keurig Ends Its Cold-Brewing Line; Lays Off 108 Workers | Off Message 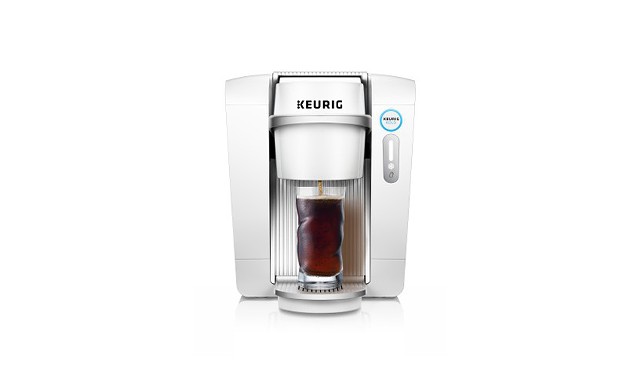 Keurig Green Mountain is shutting down a cold-beverage line based in Williston and laying off 108 Vermont workers, the Waterbury-based company announced Tuesday morning.

"After careful review and consideration, we are discontinuing the first generation of Keurig KOLD as of today and we are offering consumers a refund for the full purchase price of their KOLD drink makers," the company said in a statement. "The decision to discontinue KOLD also means that the roles of many of our colleagues are impacted. Earlier today, we notified 108 Vermont employees that their roles were affected by a workforce reduction."

Those laid off will be encouraged to apply for roughly 200 open jobs at the company, according to the statement.

Suzanne DuLong, a company spokeswoman, would not say whether all the layoffs are taking place in Williston. Nor would she state the total size of the company's current Vermont workforce.

The countertop cold-beverage maker debuted to mixed reviews last year. Some consumers complained the appliance was noisy and slow to cool after being plugged in. Others said the drink pods were too expensive.

The round of layoffs comes after the company sent pink slips to 200 Vermonters last August as part of a 5 percent companywide workforce reduction. At that time, Keurig had about 2,000 employees in Vermont.

"This is obviously incredibly difficult news for the Vermonters affected by these layoffs. Our first concern is for them and their families," the governor said in a statement. "The Department of Labor is already working to provide rapid response services and connect affected workers with the many Vermont companies currently hiring and expanding."

The governor noted the layoffs had to do with cancelling the cold-beverage line, and said the administration had been told "that other parts of the company will not be affected."

The August job cuts came after the company announced net sales had declined by 5 percent. The company then planned to respond with a three-year plan to trim its workforce and save $300 million. In December 2015, the company announced that it would be purchased in early 2016 by a German investor group, JAB Holding Company, in a deal worth $13.9 billion. The sale closed in March.

The company said it took lessons from the failed KOLD launch. "We view our initial KOLD system launch as a pioneering execution. We learned a lot — including that consumers are willing to embrace the concept of a system that delivers fresh-made, cold beverages in the home — and we’ll build our learnings into future beverage systems."