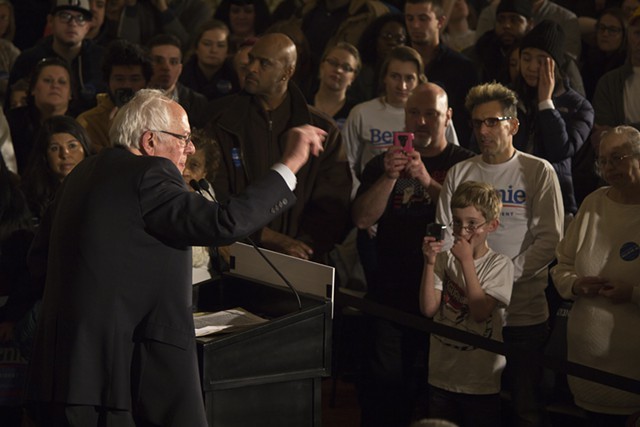 Citing a new count of superdelegates to the Democratic National Convention, the Associated Press declared Monday night that former secretary of state Hillary Clinton had clinched her party's presidential nomination.

But a spokesman for Clinton's last remaining opponent, Sen. Bernie Sanders (I-Vt.), quickly condemned the call as "unfortunate" and "a rush to judgment."

"Secretary Clinton does not have and will not have the requisite number of pledged delegates to secure the nomination," the spokesman, Michael Briggs, said in a statement. "She will be dependent on superdelegates who do not vote until July 25 and who can change their minds between now and then."

To secure the Democratic nomination, a candidate must win 2,383 votes at the party's convention, which is set to take place this summer in Philadelphia. According to the AP, Clinton has won 1,812 pledged delegates through state primaries and caucuses, while Sanders has won 1,521.

The wire service said it had repeatedly canvassed the party's 714 superdelegates — party leaders who can vote for the candidate of their choice at the convention — and only 95 remained uncommitted. By Monday night, 571 superdelegates had pledged their support to Clinton, putting her just over the top, while 48 supported Sanders, according to the AP.

"While superdelegates can change their minds, those counted in Clinton's tally have unequivocally told the AP they will support her at the party's summer convention," the organization reported. "Since the start of the AP's survey in late 2015, no superdelegates have switched from supporting Clinton to backing Sanders."

The story came at a somewhat awkward time for both candidates, who have been trying to persuade voters to back them in the six states scheduled to hold Democratic primaries or caucuses on Tuesday. Clinton had been widely expected to cross the "presumptive nominee" threshold Tuesday night after the polls closed in New Jersey, and her campaign was preparing a rally in Brooklyn to mark the event. She provided a muted response to the news Monday, saying that while she was "on the brink of a historic, unprecedented" achievement, "We still have work to do."

Clinton spent the past several days campaigning in California, where 546 delegates are up for grabs Tuesday and where Sanders has been camped out for weeks. According to several recent polls, the two are essentially tied in the state.

Even before the AP called the race for Clinton, Democratic heavyweights appeared close to coalescing around the former secretary of state. Several news organizations reported Monday that President Barack Obama was on the brink of endorsing her and would likely do so following Tuesday's contests. Those organizations reported that Obama spoke to Sanders over the weekend, perhaps preparing him for such an endorsement.