Queen City chief administrative officer Bob Rusten and Neale Lunderville, head of the Burlington Electric Department, can keep their jobs while living outside the city.

Burlington’s charter requires that certain high-ranking officials reside within city limits. That requirement has become a topic of debate in recent months, prompting the charter-change committee to consider altering it.

Officials can — and often do — request an exemption if moving to the city would create a hardship for them.

Lunderville, who owns a home in South Burlington with his partner and was requesting an extension of his exemption, told the council that it would be a financial hardship to have to sell that house. The council granted the exemption, although four councilors voted against it. 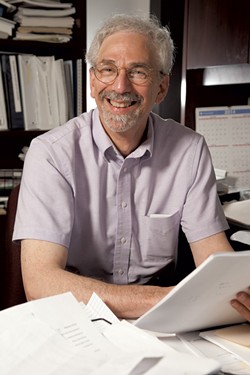 Councilors found the CAO’s case more compelling. Rusten, who owns a home with his wife in Hinesburg but has been meeting the residency requirement by renting an apartment in Burlington, requested an exemption because he plans to retire within two years. All but one councilor, Max Tracy, approved his request. Tracy, who’s been an advocate for preserving the requirement, said he was voting no to maintain consistency.