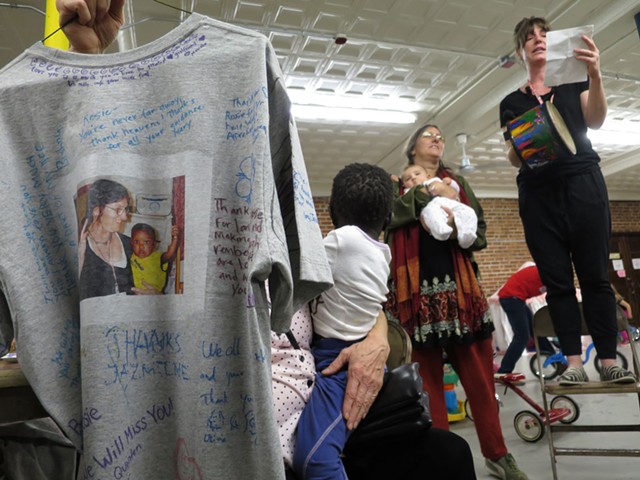 The Janet S. Munt Family Room will be separating from its parent organization, the Visiting Nurse Association of Chittenden and Grand Isle Counties. The Family Room, a Burlington parent-child center that operates at St. Joseph School in the Old North End, has been part of the VNA since 1988.

"The VNA Board recognizes a need to concentrate our resources on services and programs most closely aligned with the agency’s home health and hospice mission, expertise and capacity — meeting the community needs we are most suited to address," the VNA announced in a statement on Thursday.

The VNA will be involved in a "community-wide process to transition the Family Room" to a different organization, or to operate as a stand-alone entity, it added. That will take at least a year.

The announcement came less than six months after the VNA's application for a grant worth close to half a million dollars was turned down. As a result, programming and jobs at the Family Room were cut last November, a decision that left many parents feeling blindsided and upset.

The Family Room Family website showed that parents have raised more than $52,000 through gifts and pledges as of February 17 to try to reinstate the positions and programming. Upcoming fundraisers include a concert at ArtsRiot on March 3 and a community dinner at Bluebird Barbecue on March 16. They hope to raise $100,000 by the end of this month.

The VNA Family Room parent and community advisory council is "enthusiastic about the opportunity to take more leadership," according to a statement the group released after the VNA announcement.