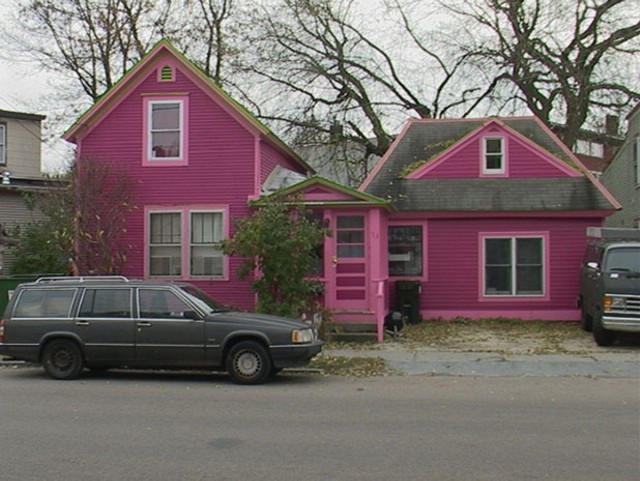 For years, finding tenants to fill Chittenden County apartments has been a fairly effortless endeavor. But the region's infamously low vacancy rate is rising, which could mean that some local landlords will have to work harder to rent their real estate.

Since the early 2000s, the county's vacancy rate has averaged 1.6 percent, according to Allen & Brooks, a South Burlington firm that collects real estate data and monitors trends. In December, the firm reported that the rate was 3 percent, almost double the average.

Twice a year, Allen & Brooks surveys a group of rental property owners, who collectively own about a quarter of the county's units. This survey provides a point-in-time estimate of the percentage of apartments that are vacant.

Demand for rental housing hasn't diminished, Mark Brooks said. Rather, he attributes the higher vacancy rate to a surge in the construction of new units throughout the county. In other words, supply has increased.

"People have more to choose from," said firm principal Mark Brooks. Consequently, "I think you’ll get some people moving out of old apartments into new apartments."

Which isn't to say Chittenden County is on the cusp of becoming a renter's paradise. Brooks continued: "It's still a very tight market and rents are still going up" — by roughly 3 percent a year.

He suggested that the higher vacancy rate is slightly overstated because several large housing projects opened last fall, right around the time of his survey. Normally the vacancy rate in "urban" areas — Burlington and Winooski — is comparable to the rate in "suburban" areas — the rest of the county. But currently, because several of those projects were built in Burlington and Winooski, the urban vacancy rate is actually higher (3.7 percent) than the suburban rate (2.3 percent).

Brooks expects the county-wide rate to increase, not decrease, in the near future. That's because another 582 units are scheduled to be completed during 2016.

Are landlords feeling the effects?

"We really haven’t noticed too much," said Bill Bissonette, who owns  rental properties around Burlington. "Knock on wood, we’ve been fortunate."

Steven Offenhartz, another prominent property owner in Burlington, said he hasn't witnessed a dramatic slowdown, either. "Most of the vacancies I have that have lingered have come on the market at an inopportune time when I would not expect that they would be snapped up quickly."

Stu McGowan, owner of ShoeLess Management, pointed out that there's significant variation in how easy it is to fill apartments, depending on the neighborhood: "It's pretty interesting how micro our markets are." He described an ongoing renaissance in the Old North End, where he owns a number of brightly colored houses.

Regardless of geographic discrepancies, McGowan said that as the vacancy rate continues to climb, "We’re all bracing for it, even in the Old North End."

Noting that he's witnessed construction spikes in the past, but not of this scale, he said, "We’re kind of in this unknown zone." McGowan thinks there's a "decent possibility" rents could decline, which, he noted, would obviously be good news for renters.

As a landlord, McGowan is keeping the situation in perspective: "I’m not losing sleep about it."