Sanders Strategist Vows Campaign to Fight On After Super Tuesday 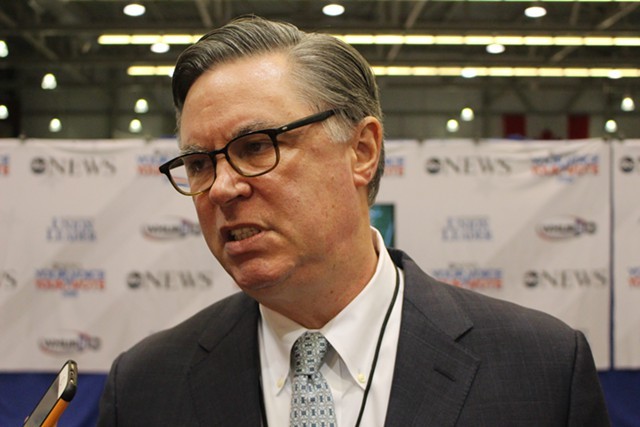 But according to Sanders' top strategist, Tad Devine, only a full-on rout on Super Tuesday would prompt the senator to reconsider his candidacy.

"First of all, you should understand that we're staying in the race for many months. That is not even a consideration at the moment," Devine said late Monday. "I mean, I see no way — I suppose if we lost Vermont and everything else we might take a step back."

Even after a brutal loss in South Carolina last weekend, Devine noted, Sanders' supporters responded to his call Monday to contribute $4 million in a single day. By midnight, they had doled out more than $6 million, lifting his campaign's February fundraising total to a whopping $42 million.

"In the old days, people dropped out almost only for one reason, and that is the bundlers stopped bundling the money. Nobody came to the fundraisers anymore. But we're not dealing in that world," Devine said. "I don't think our supporters have given up on this campaign ... I think they believe in Bernie and his message, and I think they're demonstrating that by the depth of their commitment."

Eleven states will hold Democratic primaries and caucuses on Tuesday. Of those, the Sanders campaign has focused its efforts on five: Colorado, Massachusetts, Minnesota, Oklahoma and Vermont. The others, where former secretary of state Hillary Clinton is widely expected to prevail, are Alabama, Arkansas, Georgia, Tennessee, Texas and Virginia.

Asked last Friday which states Sanders had to win Tuesday, campaign manager Jeff Weaver told Seven Days, "I don't know how many you need to win, but, you know, we gotta win a few ... I don't think it matters which ones, but it's about building momentum."

Devine framed it differently on Monday, saying he was focused on racking up delegates to the Democratic National Convention — not necessarily scoring outright victories.

"What we have to do tomorrow is we gotta win a lot of delegates, and I think we will. Hopefully we'll win some states, too," he said. "Tomorrow is just the foundation of what we have to do, delegate-wise. We're a long way from putting the frame up and then finishing up the structure. And I think that's going to go on all the way to California and New Jersey in June."

Though the Sanders campaign has never excelled at managing expectations, Devine tried his best to lower them, arguing that Tuesday "may be [Clinton's] best day."

But he said he felt confident in Sanders' chances next weekend in Kansas, Maine and Nebraska. Then, according to both Devine and Weaver, the campaign expects a "showdown" next Tuesday in Michigan.

In the meantime, Devine said he's paying no attention to the spin coming out of the opposite campaign.

"I know the Clinton people are going to try to say, 'Well, we've had X number of super delegates, Y number of pledged delegates. Therefore, Bernie needs Z number of wins, and that's impossible,'" he said. "I took math in high school, so I remember what those equations are like. The only problem is this isn't arithmetic that we're dealing with. This is really a dynamic process."