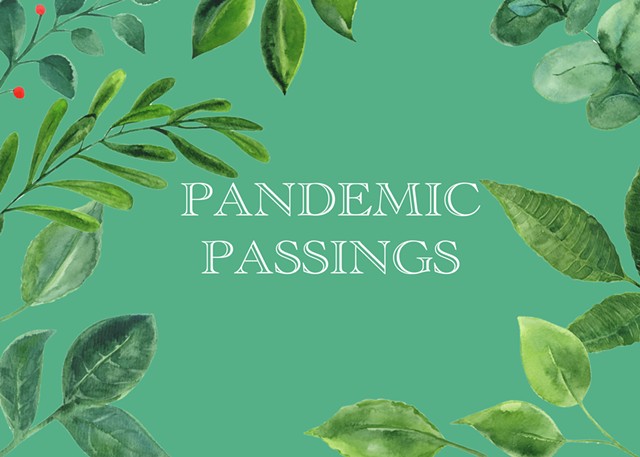 What does the word “passing” mean to you? For Vermont artist and healer Tracy Penfield, it could mean a transition, such as a move, a divorce, a job loss or the death of a loved one. Or it could be a transformation brought on by circumstance or inspiration. 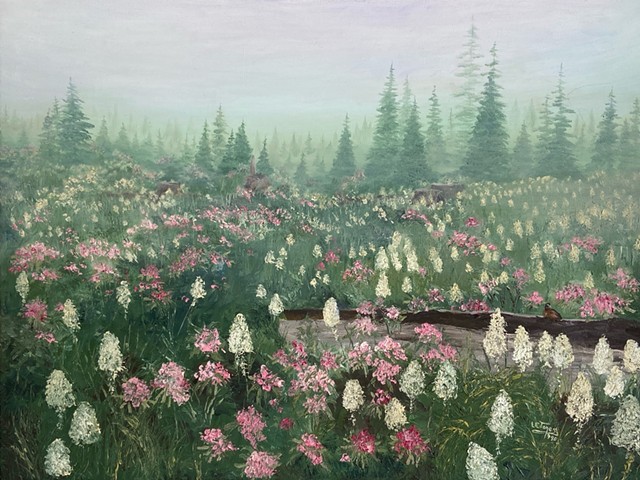 For those whose passing experiences have been challenging, Pandemic Passings was “a way to give people an outlet to grieve since we haven't been able to do that in the traditional sense because of COVID,” Holbrook says. Regarding watching the video, “Whether or not the viewer has experienced something [similar] themselves … they're able to support those that have experienced a passing.”

Tunbridge-based Holbrook is communications director for the Passing Project, a freelance director for film and TV, and director of Chelsea Funnery, a summer children’s Shakespeare acting camp.

Penfield and Holbrook hope that Pandemic Passings inspires others to share their own stories. Submissions to the Passing Project will become part of a series that could further “the collective healing from this particularly difficult time,” Penfield says.

“You don't have to be an artist to be in touch with us,” she adds. “Anybody has a story.”

In Pandemic Passings, Mitch Beck of Royalton shares her story of grieving her wife, Anne, who died in November 2018. Blindsided last fall by deep sadness and other emotions, Beck says, she turned to her art and, in a five-week period, finished 15 works. Shortly thereafter she “realized that everything was different” and that her relationship with Anne had changed. “This passing finally brought me a new acceptance, peace, gratefulness — and even a little bit of joy.”

Pandemic Passings was created under the auspices of the Passing Project, which Penfield launched in 2012 with artist Tamara Hurwitz Pullman, who is married to actor Bill Pullman. In 2018, the project premiered Passing, a full-length dance-and-music work that explored the myriad meanings of “passing” and the liminal state between this world and the next.

Related 'Passing' Dances the Veil Between This World and Next

'Passing' Dances the Veil Between This World and Next
By Elizabeth M. Seyler
Performing Arts
The Passing Project had been largely latent during the pandemic, and Penfield sought to revive it with “something informal.” She and Holbrook invited friends to contribute to Pandemic Passing if doing so felt beneficial. Pullman responded by sending videotaped interviews with her LA friends Miledes Martinez and Kyle McNeill. Others crafted their own videos.

Though most footage was made with cellphones, the video’s quality is good, thanks to Holbrook’s editing.

In working on the video, Holbrook found people’s stories comforting: “It makes you reflect on your own experience during the pandemic, and you don't feel so alone.” She also enjoyed helping others “in an emotional sense just by giving them the space to share their story.”

Penfield says she felt humbled by people’s stories. She has remained connected to family and clients throughout the pandemic, while others have suffered deeply from isolated and have lost family members. She hopes that Pandemic Passings has, in some way, helped participants grieve and find peace.

For the link to see Pandemic Passings on YouTube, to participate in a Q&A on Zoom with Penfield and Holbrook after the showing, or to share your passing story, visit passingproject.org.
Prev
Next