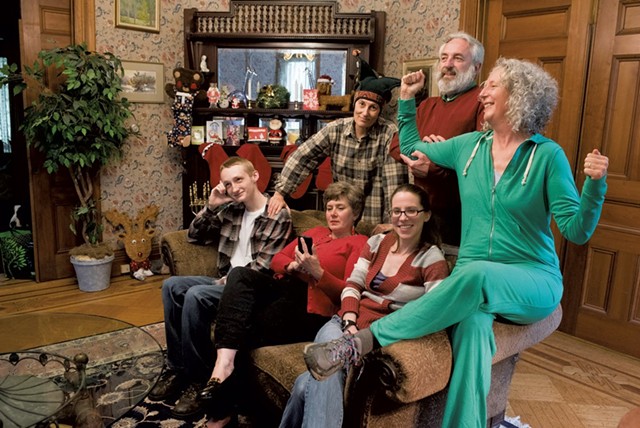 After 10 years hosting festivals and benefits to celebrate LGBTQ theater, the Vermont Pride Theater at the Chandler Center for the Arts is relaunching as the Vermont Social Justice Festival. The event, which will begin in summer 2022, is widening its scope to examine diversity, inequality and other issues.

Vermont Pride Theater began a decade ago to bring LGBTQ voices to the stage in Randolph and has since presented more than 50 events. According to Chandler executive director Karen Dillon, 10-year lifespan was always the plan; that milestone gave the Chandler board a chance to deliberate on what would come next.

Using Vermont Pride Theater as a springboard, they decided to go bigger.

“Given the current climate, we need to expand the space for new voices,” Dillon said. “We need to give more people the opportunity to speak their truth.”

Dillon said she sees economic stratification, between the working class and better-heeled transplants, as a major issue in Vermont. “Randolph is a perfect example of that, and I would like to address it head-on,” she said. She also wants to address women’s issues, climate inequality and the state’s lack of diversity.

While Vermont Pride Theater took place at the Chandler’s 575-seat theater, Dillon hopes the Vermont Social Justice Festival will provide an opportunity to take the show on the road.

“We’re thinking Chandler will be the hub of this festival, but we’re also hopeful that we can partner with other, smaller venues around the state,” she said. Beyond theater, the vision for the festival includes music performances and hosting artists-in-residence.

Chandler board member Sharon Rives was instrumental in starting the Vermont Pride Theater, chairing the committee and taking some heat from community members who opposed the festival's LGBTQ themes, Dillon said. Rives will remain on the board, but she's stepping back from heading up the festival. Dillon said she's seeking to partner with a "broad coalition of leaders."

New Play Highlights Growing Up LGBTQ in Rural Vermont
By Margaret Grayson
Theater
It’s been a hard year for the performing arts, including at the Chandler. The final year of the Vermont Pride Theater took place on Zoom, and the theater lost 70 percent of its revenue, despite an outpouring of philanthropic support. Still, Dillon said she’s optimistic for the future.

The 2020 Vermont Pride Theater Festival Goes Virtual
By Chelsea Edgar
Theater
“We’re in the worst situation we’ve ever been in, and yet the amount of support the community has shown us suggests that the arts are a priority,” she said. “I think our reach is much broader than just the 4,000 people that live in Randolph.”
Prev
Next