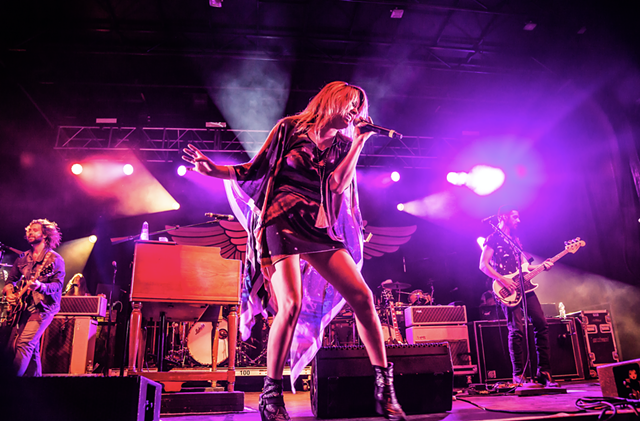 The lineup for this summer's Grand Point North festival has been announced. The two-day music fest hits Burlington's Waterfront Park Saturday and Sunday, September 14 and 15. Vermont's first lady of rock, Grace Potter, coproduces, along with Higher Ground Presents. As is tradition, Potter headlines both nights of the event.

More artists are expected to be added to the lineup, including the winners of this year's Grand Point North Local Band Contest, co-sponsored by Seven Days. The competition's nomination round runs from Monday, July 8, through Sunday, July 14. Voting commences the following day, Monday, June 15, and concludes on Sunday, July 21.