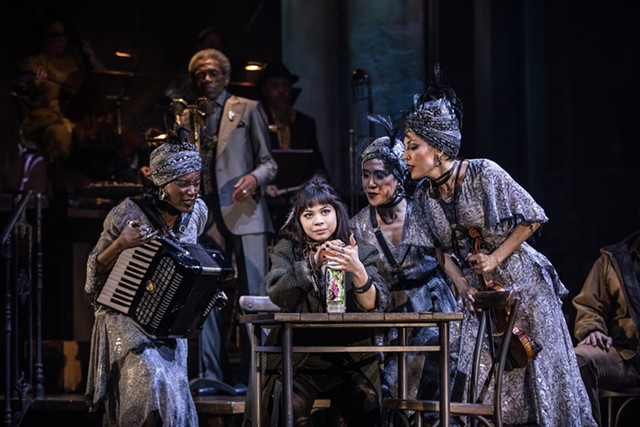 Of its 14 nominations, the musical won the following eight awards: Hadestown's journey to Broadway was a long one. The musical, an adaptation of the ancient Greek myth of Orpheus and Eurydice, originated at Barre's Old Labor Hall in 2006. A re-tooled version traveled around the region the following year. In 2016, the show appeared off-Broadway at the New York Theatre Workshop before heading to Canada and London.

Recently, tracks from the Hadestown Original Broadway Cast Recording have begun to surface.  More of the show's 34 songs will be released over the next few months. Listen to a selection below.