Roughly 13.5 billion miles from Earth, human voices hurtle through the yawning unknown of interstellar space at over 30,000 miles per hour. They’re recorded on a gold-plated disc and stored in a perfect vacuum, all in the hopes of someday transmitting a greeting and a message to extraterrestrials: We were here.

This project was called the Golden Record, a collection of music, nature sounds, images and greetings in 55 different languages, placed aboard the Voyager 1 and Voyager 2 spacecraft and launched into space in 1977. The challenge of encapsulating life on earth on a single record was, for the scientists and researchers involved, a daunting and a thrilling one.

That mission is what the Vermont Folklife Center, along with the Fletcher Free Library and the Champlain College Emergent Media Program, aim to recreate with this summer’s Green Record Project, a “series of audio stories that represent life in Vermont to the universe at large.” Vermonters young and old can sign up in teams or individually to become audio explorers of the community around them and, with support, to produce an audio record of life in this state. It’s all totally free.

The idea, according to Trish Denton, education program co-coordinator at the VFC, came about during conversations about the kids and teens who spend their summer days hanging around at the library and playing video games. Denton and her colleagues wondered how they could encourage those young people to use technology in a more positive way to explore the world around them.

“How can we use our expertise in media making and access to all this cool  equipment to get these kids back in the game?” Denton asks.

The VFC is a Middlebury-based education organization dedicated to ethnography, the study of people and cultures. Denton says its mission is representing people’s lived experiences and shared realities.

“Oral history kind of has a dry sound to it,” she says. “But really what we’re doing is really exciting.” 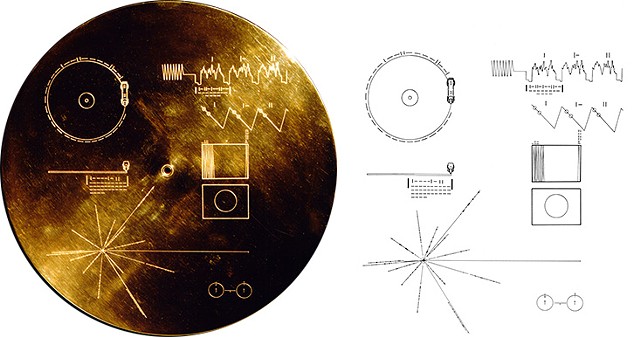 Participants can check out audio kits if they want, but recordings can also be done on any old smartphone or tablet. VFC will offer guidance and resources for anyone who wants to undergo the project on their own. People can also opt to attend workshops throughout the summer and work with and learn from other community members. The project will culminate with events on August 9.

It’s unlikely these recordings will ever be part of a space expedition. But they may be archived at VFC, heard at listening parties and possibly even transmitted at some point. The organizers are still working out these details.

The point of the project, however, isn’t necessarily the end product. Denton says the main goal is to get people out exploring Vermont in the summertime, capturing it from their unique perspective and listening to the world around them. VFC, Denton says, is committed to making ethnography accessible to everyone.

“How do we understand and encapsulate our place in the world?” Denton asks. “It doesn’t take an expert or an academic to have an understanding of culture.”

Sign up to be an audio explorer at vermontfolklifecenter.org/greenrecord. The deadline for audio projects is August 2.
Prev
Next