Putnam, 75, is a repository of stories about music and the people who made it back in the day. He brings his tales to Vermont on Friday, October 20, for two events at the McCarthy Arts Center at St. Michael's College: an afternoon bass summit with Mike Gordon of Phish and an evening presentation/performance based on his book, Music Lessons: A Musical Memoir. Both events are free and open to the public.

As a session player at Muscle Shoals in his native Alabama and later in Nashville, Putnam recorded with singers including Arthur Alexander,  Presley and Roy Orbison. He cofounded a recording studio, Quadrafonic Sound Studio, with keyboardist/producer David Briggs in Nashville in 1970. Quadrafonic, which helped expand the Nashville sound,  is where Neil Young made Harvest and Joan Baez recorded "The Night They Drove Old Dixie Down."

Putnam said he ran his studio like a restaurant — but drinks from a fully stocked  bar were on the house. "All recording studios have the same equipment," he said. "We provided great amenities."

The booze came in handy when Putnam produced the Baez 1971 hit. "The chorus is a bunch of drunks that was hangin' out in the lobby," Putnam said. "It had a lot of energy."

Putnam spoke with Seven Days by telephone in advance of his trip north.


SEVEN DAYS:  What was it like playing bass for Elvis Presley, who often kept time with his hips?

NORBERT PUTNAM: Elvis was the top, he was the peak. Of all the people I ever worked with, Elvis Presley was the most focused when it came time for him to be Elvis. If he was sitting in the studio and we were on a break, and the producer would come and say, "Ready to get to work?" — Elvis would jump up and his voice would drop and his macho voice would come on.

He could learn a song in 10 minutes he'd never heard before. And he was ready with a lyric sheet in his left hand and a microphone in his right, ready to lead the band through the song. He never worked his way up to a vocal — he's killin' the song on the first take. The red light is on and Presley is singing it and a lot of the time he got it on the first take.

The first week I worked with Elvis Presley we worked five nights in a row, about six hours each night. He was able to do five, six, seven new songs. When you think about today's world, someone like Katy Perry or Taylor Swift might work a year to put together 10 songs. There was never anyone who could do it as quickly or as good as Mr. Presley.


SD: How did you come to be a bass player? When and where did you learn the instrument?

NP: When I was 15 years old, local kids were putting together a band — it was the mid-’50s. One of them remembered my father on the acoustic bass, the double bass — I had never considered  being a musician. And this kid said, "You have to be a bass player. No one else in school has one." My dad showed me how to tune it. We're doing early Elvis and it's more fun than anything I'd ever done in my life. I start trying to figure out music, I didn't have a teacher or anything.

We went from Elvis to James Brown to Ray Charles and we stayed on that path. We met a guy in Florence [Alabama] who was delusional: Right here in River City, we're going to write hit songs and make hit records.  A really old guy, must've been 26 or 27. He [Tom Stafford] rented a warehouse space, walled off a control room, and that's where we made that first hit record, at the age of 18, in Muscle Shoals, Arthur Alexander's "You Better Move On." 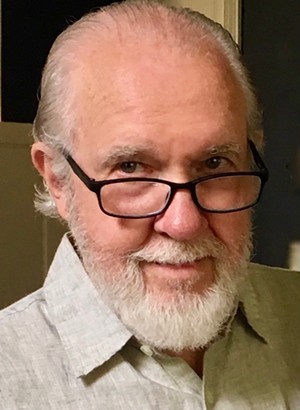 SD:  Bass players have their own brand of cool. How would you describe it — the style and musicianship?

NP: Most of all the famous bass players have a developed a style that was completely their own. When I got into a recording studio I had to learn all the styles of music. In Muscle Shoals I was doing R&B music. When I got to Nashville it was an all-music town: I've got to be able to sight-read music. I've got to be able to play the Fender bass.  I studied all the great players at the time: Paul McCartney, Tommy Cogbill, James Jamerson.

I would spend two to three hours with a record, listening. Out of that came something that was sort of my own. The great studio musicians were chameleons. An artist would come in and we'd hear him sing one song and I would know what style of bass I would need to play to support his vocals.


SD: Can you talk about the sessions for Harvest,  an album whose musicians include James Taylor and Linda Ronstadt, as well as members of the London Symphony Orchestra.

NP:  It was all accidental. As a matter of fact, my whole career was accidental. Johnny Cash had a network TV show out of Nashville and it wasn't a hillbilly show. He had Joni Mitchell on; he had Derek and the Dominoes and Bob Dylan on the show.  And he had Neil Young, James Taylor and Linda Ronstadt on. How's that for a show?

[Producer and engineer] Elliot [Mazer] was in town, and Elliot runs down to the hotel and he corners Neil Young and says, "You got a lot of down time before the show. Why don't you come to Quad?" And Neil says,  "Well, I got a couple of things." And one of them was "Heart of Gold."


SD: When you produced Jimmy Buffett's "Margaritaville," did you have a sense that it would become a celebratory drinking anthem for the ages?

NP: I knew instantly that it was going to be a hit record, I didn't know that it would have the legs. We did that in 1977 and it's the 40th year of "Margaritaville."

[Putnam and Buffett met at a hotel bar to talk about making a record.]

We're sitting there having a glass of champagne — I thought he was a beer guy — and he starts telling me about all these songs he's written about the ocean. So Jimmy said, "My band is playing here next Saturday. Would you come?"

The band was great, so Jimmy and I had a meeting the next day and he played me some songs. And I told him, "I want to take you to Miami. I want you to breathe the salt air every day when we make this record." I thought the environment could enhance it.

The second week we were there he comes in one morning and he says, "I started a new song. I think I'm gonna call it 'Margaritaville.'" Well, that's a mouthful, I thought. Jimmy sat down and he borrowed a guitar and he started singing.  And as he went along all I could see was dollar signs floating in the air.


SD:  How do you anchor the rhythm section of a jam band?

NP:  Mike [Gordon] could answer that better than I can. He seriously can. I'm very much looking forward to meeting him and having him tell me how he does it.