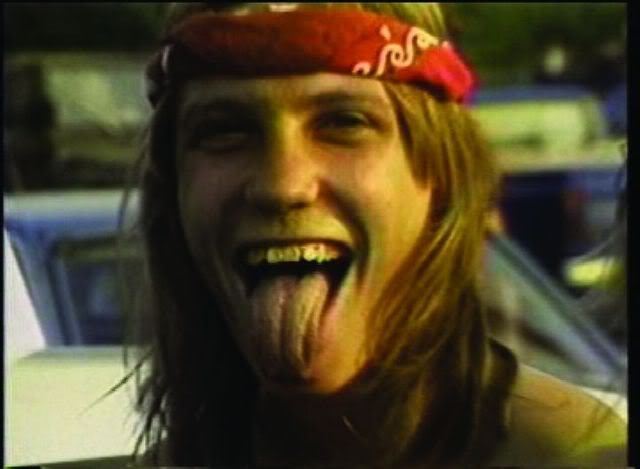 In 1991, at the height of their extended “Celebrity Brat” phase, Guns N’ Roses went on tour in support of their albums Use Your Illusion I and Use Your Illusion II. Three or four friends and I caught their show at Nassau Coliseum in Uniondale, N.Y., and it turned out to be one of the most memorable concerts I’ve ever seen. Not necessarily for the music (which was excellent, if sloppy) but for the atmosphere, the crowd and various other extra-musical events.

My friends and I made a point of arriving at the stadium a couple of hours early, because we’d heard that the tailgating at the show was a unique experience. We were not disappointed.

I should back up to say that, though we were all big fans of Guns N’ Roses (I still am), none of us were metal heads in the “feathered hair/ripped jeans/Budweiser enthusiast” sense. We were pretty regular kids with broad musical tastes and a curiosity about subcultures that were not our own. We were richly rewarded by attending this show.

I’ve never witnessed a scene like it before or since. All I can say about the hair of the female fans is that this was a heavy metal show in the early 1990s in Long Island, the Hairspray Capital of the World. Use your imaginations. Many of the women in the parking lot had more than just their hair on display. Carefully ripped jeans and tight, tight miniskirts revealed flesh and curves that usually remained cloaked — even by the hardcore metalhead girls at my high school.

The men’s hairstyles were less gaudy but equally memorable, encompassing every shade of mullet under the sun. Band t-shirts were de rigueur, as were aviator-style sunglasses, scrubby facial hair and high-top sneakers.

In the two hours or so that we hung out in that parking lot, we saw very few sober people — except each other. We were not dressed like the typical G N' R fans, nor did we hoot and holler about the awesomeness of heavy metal music.

But — and this was the biggest surprise to me — we were made to feel welcome by everyone we met there. The fans may have been drunk, but not belligerently so. (The most violent drunk I ever saw was at an R.E.M. concert, believe it or not.) We might have been somewhat casual fans, but we were clearly fans, or else we wouldn’t have been there. And that was enough to grant us access into the subculture of tailgating Guns N' Roses concertgoers. We had only pleasant encounters with fellow fans on that day.

My experience at that Guns N' Roses concert in 1991 is remarkably similar to the experience that Jeff Krulik and John Heyn depict in their legendary documentary "Heavy Metal Parking Lot," which I recently rewatched. To make this terrific film, which is freely available online, the filmmakers visited the Capital Centre in Landover, Md., on the evening of a Judas Priest concert in 1986. In that parking lot, they interviewed dozens of tailgaters, most of whom were (like the ones I met) drunk, white, wearing metal-appropriate attire and incredibly enthusiastic about the greatness of heavy metal music. In all seriousness, this film is a major landmark in anthropological documentary.

No less thoroughly does the film capture the spirit of camaraderie among the tailgaters — precisely the impression I got from my own concertgoing experience. It’s easy to laugh at the metalhead goofballs in this movie, but I think one of the reasons the film is so well regarded is that it’s actually richer in meanings than it at first appears. "Heavy Metal Parking Lot" presents the subculture of metalhead tailgaters as silly and more than a little empty-headed, but it also shows its subjects to be happy, convivial and sincere in their passion for music. 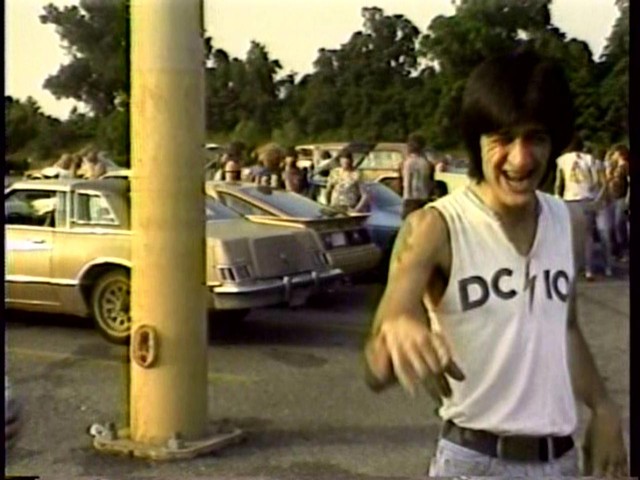 The interviewees in this film are a weird, unintentionally hilarious bunch. I’m particularly fond of the skinny guy with the remarkable black shaggy bowl haircut (above), whose rendition of “Living After Midnight” is easily as enthusiastic as that of Judas Priest lead singer Rob Halford. I also really like the big-haired girl from Glen Burnie whose lexicon seems to include only one adjective: “great.”

Other interviewees — such as the dude with the “Fuck Off” T-shirt, and the 20-year-old guy who proudly makes out with his 13-year-old girlfriend — inspire astonishment more than humor. But no one interviewed in this film is less than interesting, and I say that only in part because every single one of them reminds me of someone with whom I attended high school.

I’ll call your attention again to the fact that every one of these people is unequivocally happy. They’re hanging out with their friends and about to see one of their favorite bands — what’s not to be happy about? Some of these concertgoers may be narrow-minded in their musical tastes, proclaiming all other genres to be inferior to heavy metal, but that kind of exclusivity does not appear to preclude the social inclusivity they practice. If you like Judas Priest, you are their friend.

That was pretty much my experience at my own heavy metal parking lot. I was an outsider, but I felt entirely welcome. Indeed, the fans — who at first blush looked like a motley crew, indeed — turned out to be more welcoming than Guns N' Roses themselves.

After making us suffer through a set from openers Skid Row, Axl and the gang took three hours to come onstage. Three hours. You know how they kept us audience members pacified during that egregious delay? The stadium camera operators would pan around the arena, locate attractive young women and broadcast their images on the giant stadium screens. (I remember recognizing some of the women from the parking lot before the show.) Then, almost inevitably, when the women saw themselves on-screen, they would bare their breasts, to much whooping from the crowd.

Even as a high school kid, I realized there was something wrong with this picture. I’m not sure if the camera operators decided to broadcast naked ladies, if they were operating on instructions from the band, or if someone else was involved. But, for the most part, the members of the audience enjoyed the hell out of it — for three full hours.

OK, so maybe there is a dark side to heavy metal fandom. Nevertheless, "Heavy Metal Parking Lot" encourages us to take seriously this music, its fans and their subculture, and in that the film is valuably even-handed. These heavy metal fans may look somewhat cartoonish, but they’re human. 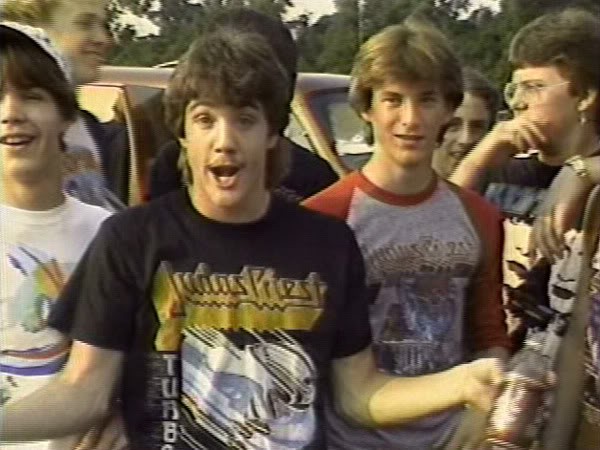