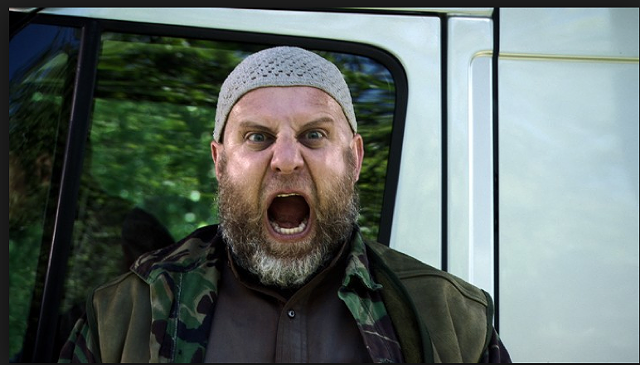 This week in movies you missed: In the past weeks, we've seen many impassioned responses to the massacre at Charlie Hebdo. The French film company Wild Bunch took an unusual approach. As Variety reported on January 13, users of the company's digital platform can now stream the British comedy Four Lions (2010) for free.

Why? According to Wild Bunch's website, "What This Is Spinal Tap did for heavy metal and did [sic] Dr Strangelove for the Cold War, Four Lions does for the modern face of terrorism."


Those are big claims. Furthermore, "jihad satire," the term often used to describe Four Lions, isn't a genre of movies one sees much in U.S. multiplexes (or really ever). I had to check Four Lions out.

Would it be more provocative than The Interview turned out to be? More offensive? Funnier?

What You Missed
Omar (Riz Ahmed, recently seen as Jake Gyllenhaal's assistant in Nightcrawler), Waj (Kayvan Novak), Barry (Nigel Lindsay) and Faisal (Adeel Akhtar) are four Yorkshire lads who dream of being suicide bombers. But they can't seem to film a martyrdom video without horsing around, nor can they agree on their target. (Barry thinks it should be the mosque. Faisal opts for Boots the Chemist, a pharmacy chain. Waj suggests the internet.)

Omar uses his family connections in Pakistan to get himself and Waj into a Mujahideen training camp, but things do not go well there. Deemed dangerous incompetents by their hosts (for good reason), Omar and Waj return to England and get to work making explosives.

Meanwhile, Barry has found a new young recruit, Hassan (Arsher Ali), who's prone to jihadist rapping ("I'm the Mujahideen and I'm making a scene / Now you's gonna feel what the boom-boom means"). While frictions and doubts still run high within the would-be terrorist cell, its members do manage to decide on a target: the London Marathon.

Why You Missed It
Four Lions reached 18 U.S. theaters. Director and cowriter Chris Morris has worked recently on "Veep," and has a strong track record in TV satire in the UK.

In the U.S., you can stream Four Lions free with Amazon Prime, or buy or rent it on DVD or through iTunes, Vudu, YouTube and other outlets.

Should You Keep Missing It?
I laughed while watching Four Lions. I struggled to understand the regional accents (they're quite strong, which could be one reason the movie barely showed up here). I laughed less as the satire got darker and darker, but I also became more absorbed. And I wondered if the movie is more likely to start a dialogue or shut one down.


The PC Part of Me: So, OK, I get the joke here. These dudes want to be terrifying soldiers of jihad, but they're actually bumbling idiots. Well, some are brighter than others, but not one of them has a consistent ideology or a meaningful grievance.
The Very-Far-From-PC Part: That sounds about right. This is like Dude, Where's My Jihad? When Omar asks Waj to imagine paradise, the best comparison he can come up with is a ride at the fun fair.
PC Part: My question is, who's going to benefit from this satire? Doesn't it just allow non-Muslims to feel superior to these characters? Furthermore, how do moderate Muslims react to this film? Do they feel like they're being mocked by association with these loutish wannabe terrorists? That doesn't exactly encourage cross-cultural understanding.
Not-PC Part: Does every Christian feel personally attacked by Red State, Kevin Smith's extremely broad satire of the Westboro Baptist Church?
PC Part: I suppose not. But Smith isn't an outsider to that culture in quite the same sense that Morris is to this one. Maybe a satire of radical Islam has to come from within the Muslim world to make an impact.
Not-PC Part: I have a bunch of counter-arguments. First, Morris did his research, rather than just slapping a bunch of stereotypes up on screen. (More on that, and a critique of the film, here.) Second, he went out of his way to distinguish these characters from peaceful Muslims, even fundamentalist ones. Remember the scene where Omar's brother, who is not a terrorist, berates him for not being a devout Muslim? Third, for what it's worth, the most virulent extremist of the bunch, Barry, is a Muslim convert who appears to have zero Middle Eastern or South Asian heritage. The message is clear: Violence isn't tied to any particular religion or ethnicity. Both those things can be pretexts for violence.

PC Part: OK, but why are these characters violent, then? They aren't depicted as horrifically poor or oppressed, or really as having any particular motive to start talking about blowing things up. Should terrorism be presented without context, as something that just happens? Doesn't that ignore the real reasons people might have for taking up this cause?
Not-PC Part: It certainly doesn't cover all the possible reasons. But consider American school shooters — typically relatively privileged young males who, for whatever reason, decide to embrace violence as a solution to their problems. Now consider that Four Lions isn't about Pakistan; it's about home-grown terrorism in the UK. As depicted here, the motives — or lack of real motives — seem pretty similar.
PC Part: But is that accurate? Or is Morris just struggling to explain stuff he doesn't understand in terms he does understand and can satirize? And if he's wrong about the motives behind home-grown terrorism, what good is that satire? Maybe he's just preaching to the converted.
Not-PC Part: Maybe. But the film does demystify and deglamorize terrorists by depicting them as having dumb, base human motivations that we can all relate to. When Omar wants to explain to his son why he's planning to martyr himself, he uses The Lion King as an allegory even as he rewrites the story to fit his own ends — and he somehow ends up convincing himself that backing out would be cowardly. We tend to assume that martyrdom is selfless; this movie paints it as a selfish act and sometimes as a tragic act, in that people can be forced into it by peer pressure or the need to live up to expectations. I felt sad a lot toward the end of the film, and not just for the characters who were innocents.
PC Part: The last third of the film is going to disturb a lot of viewers, especially when viewed after the Boston Marathon bombings of 2013. Really, there's something in this section of Four Lions to offend everybody. (Check out how the cops are depicted!) Morris goes almost as far as Kevin Smith here.
Not-PC Part: But his dialogue is way funnier than Smith's, assuming you can understand it. Four Lions reminded me of the UK series "Peep Show": It has the darkest possible view of human nature, and it is alternately horrifying and hilarious. You have to accept that it's over-the-top and hyperreal and go with it; sometimes over-the-topness has something to tell us.
PC Part: I'm still not sure this movie teaches us anything substantial about terrorism any more than The Interview teaches us about North Korea.
Not-PC Part: Hey, it's a movie. It at least provokes thought by making us uncomfortable. You want a whole education, go read some books!
PC Part: I guess we can agree it made us uncomfortable. Oh, and that you forgot to mention the best part. Benedict Cumberbatch shows up as a hostage negotiator!

Verdict: While best for fans of dark comedy (and Benedict Cumberbatch, all 20 seconds of him), Four Lions doesn't deserve to be as obscure as it is in the U.S.

And you can finally see Jennifer Aniston's Golden-Globe-but-not-Oscar-nominated performance in Cake at the Roxy.

This Week in Your Living Room
Annabelle, The Boxtrolls, Coherence, The Drop, Lucy.