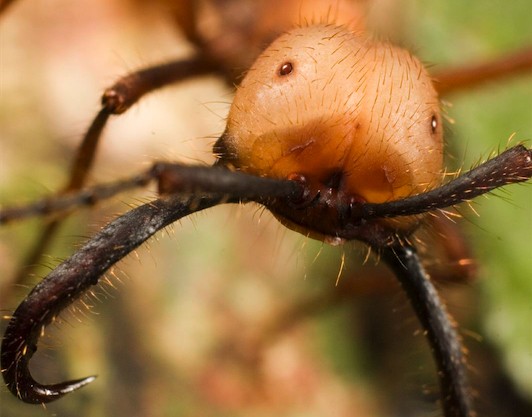 We may not give much thought to the millions upon millions of ants that occupy nearly every ecosystem on Earth — but perhaps we should. After all, ants and human beings are a lot alike. Both are social species with complex kinship systems, they’re the only two species known to practice agriculture, and the only ones to wage full-bore war on creatures of the same species. In many ways, the study of ants is akin to anthropology.

The fundamental similarity of ants and Homo sapiens is one of the chief lessons of the Montshire Museum of Science’s
new exhibit “Farmers Warriors Builders: The Hidden Life of Ants,” which opens at the Norwich museum on Saturday, January 24. The exhibit, curated by the Smithsonian Institution, puts front and center 39 enormous, extraordinary photographs of ants taken by renowned explorer, scientist and author Mark W. Moffett. His macro-lens shots of these tiny, fascinating creatures are works of art as much as scientific studies. 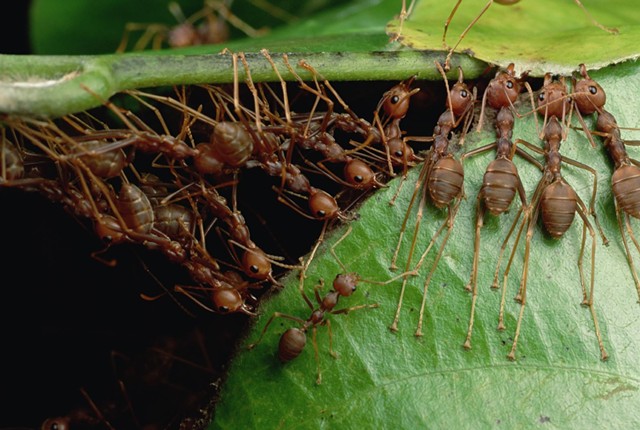 That nexus of art and science is exactly what appealed to the Montshire about this exhibit, said Beth Krusi, director of marketing and communication. In the exhibit’s photos, “You can really see the details on these ants that you would never be able to see with your naked eye," she added. "It’s really exciting — they take on an art form.”

In addition to Moffett’s photographs, the exhibit features an oversize, three-dimensional model of an ant; several hands-on opportunities for young myrmecologists-in-training; and a large aluminum casting of an underground ant colony. (Below, watch a video of the making of such a sculpture.)

“The Hidden Life of Ants” has also acquired a couple of ant-related, 3D-printed models, added to the traveling exhibit when it was at Yale University’s Peabody Museum of Natural History last year. In fact, the Montshire is no stranger to ants. Its own leafcutter ant colony, which Krusi said has long been one of the museum’s most popular exhibits, has been unofficially added to the show as a kind of many-legged adjunct. The queen of that colony is more than 10 years old — not record-setting, but still extraordinary for an insect. 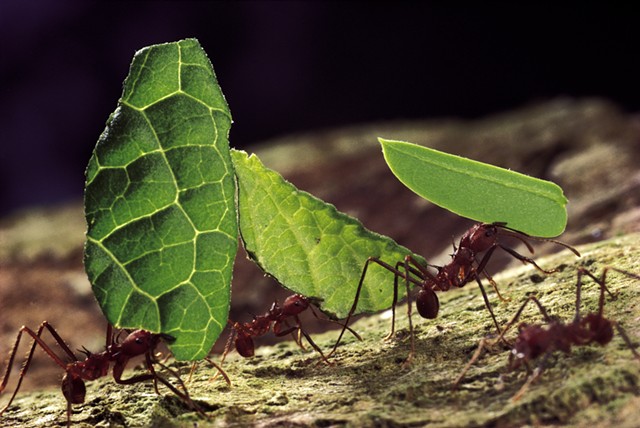 “The Hidden Life of Ants” was produced by SITES, the Smithsonian Institution Traveling Exhibition Service, a program of eclectic art and science exhibits that tour the country’s museums. Krusi said that the SITES imprimatur guarantees a high-quality exhibit, but that it appealed to the Montshire for other reasons, as well.

“It looks at the behavior of ants as social creatures,” she said, “and a lot of their behaviors are very similar to our own. It gives people a relationship to this exhibit that they might not have gotten on their own. By learning about the ants, you learn more about yourselves, too.”

“Farmers Warriors Builders: The Hidden Life of Ants” opens at the Montshire Museum of Science on Saturday, January 24, and runs through April 5. Open daily from 10 a.m. to 5 p.m.