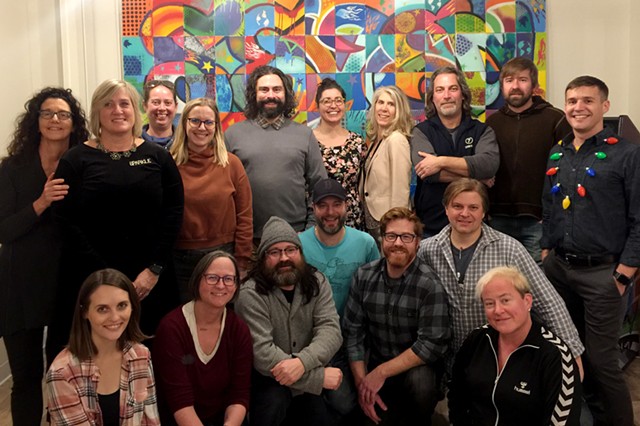 Seven Days founders Paula Routly and Pamela Polston are pleased to announce that 13 longtime employees are new shareholders in the media company  the two women created almost 25 years ago. The holdings of those workers, combined with those of minority owners Cathy Resmer, Don Eggert and Colby Roberts, now represent 49 percent of the business.

“These employees have been crucial to our success — upping our news game, creating meaningful events, running other publications, always innovating — so we decided to make it official,” said Routly, publisher and co-editor of Seven Days.

All of the 1 percent owners have been with Seven Days fulltime since at least 2012. Several in the group have been working at the company for much longer.

The latest development is part of a succession plan that began in 2009, when Roberts, Resmer and Eggert were brought in as junior partners. “In some areas, we’ve mentored them; in others, Pamela and I have learned from their expertise,” Routly explained. “That collaboration has led to better decision making.”

Resmer, Roberts and Eggert each now own 12 percent of the company.
Prev
Next