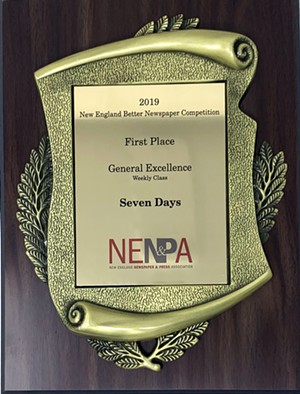 The contest is organized by the New England Newspaper & Press Association; winners were announced at NENPA’s annual convention last weekend in Boston.

Here’s what judges had to say about Seven Days’ 14 first-place awards: