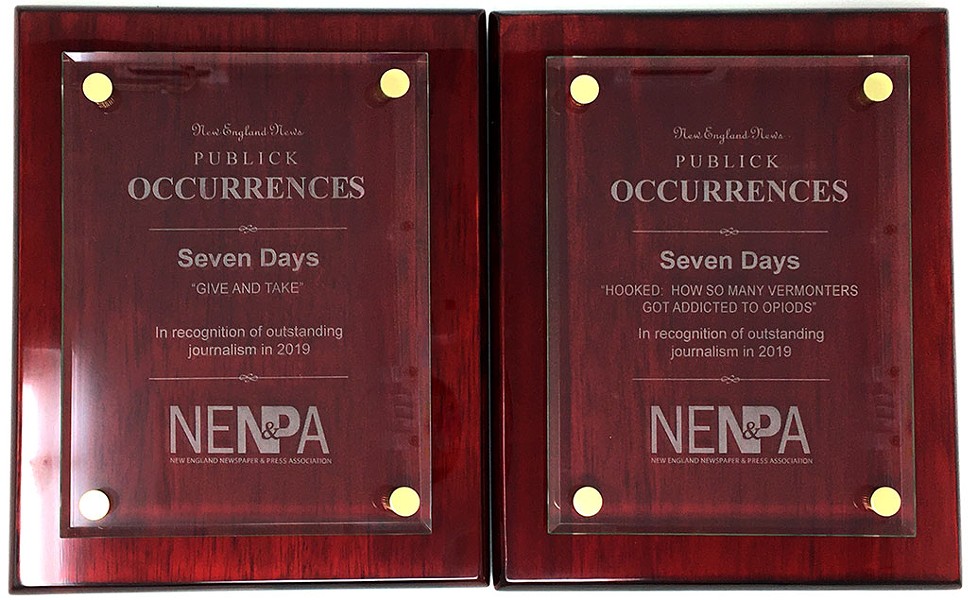 The judges selected “Give and Take,” the paper’s five-week exploration of Vermont’s nonprofit economy, for examining “every aspect of an important, and growing, sector in the state of Vermont,” according to the program writeup. “Seven Days was able to make the series compelling and even led to an embezzlement charge in the fundraising arena.”

The second award went to Seven Days and reporter Kate O’Neill for the series “Hooked: Stories and Solutions From Vermont’s Opioid Crisis.”

“There are many people stories here,” a judge wrote about Seven Days and O’Neill’s work, “but it is a wrenchingly personal account that pulls no punches.”

The Hooked series is partially funded by the Vermont Community Foundation, the University of Vermont Health Network and Pomerleau Real Estate.

NENPA’s Publick Occurrences awards are named after the first newspaper published in America — in 1690 Boston. Four days after its launch, the royal governor shut down the fledgling media company.
Prev
Next