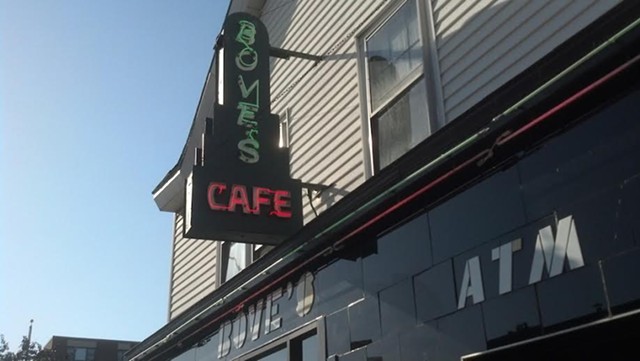 Bove's restaurant, one of downtown Burlington's most cherished eateries, is closing its doors after nearly 74 years of dishing out classic Italian fare.

The Bove family said in an announcement Friday that they plan to focus on their wholesale and catering operations, and will move the business to a warehouse and distribution center in Milton. The family will close the Pearl Street restaurant on December 23 and turn the space into a catering headquarters.

"Today, Bove's fans here and around the country are far more interested in bringing our pasta sauces, lasagna and meatballs into their own homes to prepare, versus visiting the restaurant," the family said in a prepared statement. "So we know the time is right for us to take our next big step. Bringing more Bove's to more people around the country best positions us to serve a wider audience of fans for the next 75 years."

The restaurant was founded by Luis and Victoria Bove in 1941 and once hosted President John F. Kennedy. Bernie Sanders has been a regular for decades.

But the Boves' business has evolved to focus on retail sales — jars of Bove's sauce can be found in stores across the country.

Dick Bove, Louis and Victoria's son, has officially retired, the family announced. Dick's sons, Mark and Rick, are the third generation of the family to run the business.

Correction, December 7, 2015: A previous version of this story contained an error regarding the age of the restaurant.
Prev
Next