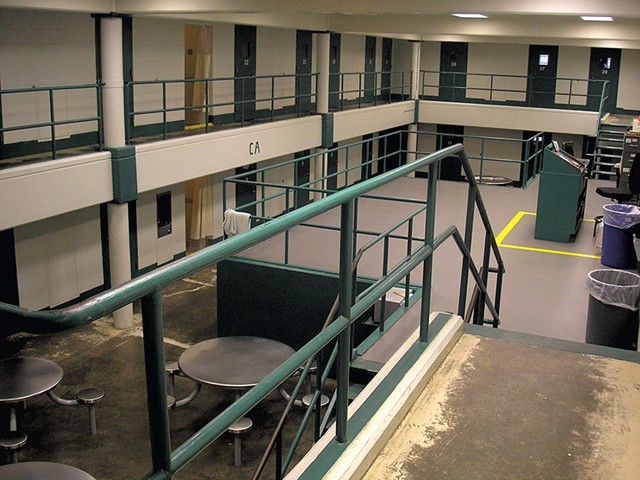 Mike Smith, secretary of the Vermont Agency of Human Services, announced Friday that Scott had selected Nick J. Deml as the commissioner of the Department of Corrections.

“Nick is an accomplished and experienced administrator, advisor, and attorney,” Scott said in a release. “We are fortunate to attract leaders with such skill and experience to our state, and I look forward to working with him.”

Since 2014, Deml has served in various CIA positions. Before that, he worked in the U.S. Senate from 2011 to 2014 as national security and foreign policy aide for the Office of the Assistant Majority Leader. He also worked as an aide on the Senate Judiciary Subcommittee on the Constitution, Civil Rights, and Human Rights.

“I want to thank Governor Scott for this opportunity,” Deml said in a release. “I look forward to joining the Department and working alongside so many dedicated Vermont DOC staff.”

Deml takes over for interim Commissioner Jim Baker, who took the helm at DOC in January 2020 after then-commissioner Michael Touchette resigned following publication of a Seven Days exposé. The paper detailed allegations of sexual harassment and misconduct, retaliation and staff drug use at the Chittenden Regional Correctional Facility, the state’s only women’s prison.

After a 30-year career at the Vermont State Police, Baker had become known as the go-to-guy for straightening out dysfunctional organizations, including the Vermont Police Academy in 2010.  He was made chief in 2012 of a Rutland Police Department facing accusations of racism and misconduct.

As head of DOC, he has faced significant challenges, including a COVID-19 outbreak among Vermont prisoners housed in Mississippi; the death of a prisoner that revealed significant failures within the prison medical system; and deep discontent among overworked prison staff.

Smith thanked Baker for sticking with an assignment that was originally supposed to last 90 days.

“His leadership and gravitas have been critical during an incredibly difficult period,” Smith said. “He has also led and driven significant cultural and operational changes within the Vermont DOC.”

Deml graduated from Southern Illinois University in 2008 with a degree in political science and received his juris doctorate from Marquette University Law School in 2011 before going to work as an aide in the U.S. Senate.

He starts as commissioner on November 1.
Prev
Next