Burlington-Area Hotel Rooms Are in Short Supply, and Prices Are Up | Off Message 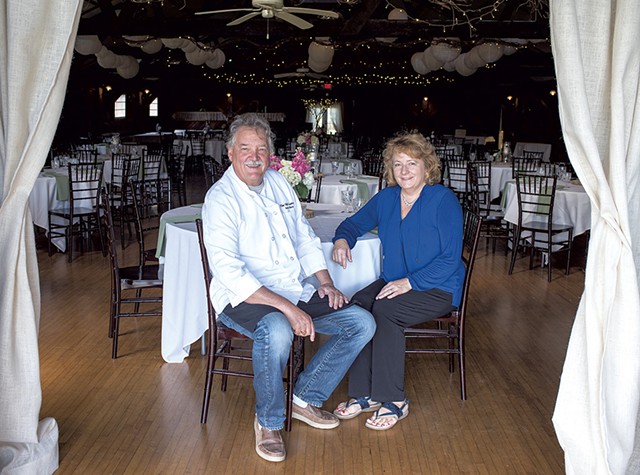 Vermont’s hopping with visitors this summer, and nowhere is that more evident than the Burlington area, where hotel rooms are scarce and room rates have risen steeply.

“I’m suddenly inundated with people because there’s no lodging,” said Lisa Gaujac, who owns the Old Lantern Inn and Barn in Charlotte with her husband, Roland Gaujac. “There’s so much lodging normally in the Burlington area that I don’t usually have people calling and saying, ‘Do you have a room available?’”

Hospitality business owners have been living with uncertainty since COVID-19 restrictions closed them down in March 2020. While they were allowed to reopen at limited capacity a few months later, it was difficult for them to book guests for this summer without knowing what the pandemic restrictions would be.

But now that Vermont has dropped its restrictions on incoming travel and its vaccination rate has hit 82 percent, the state's hospitality industry is busy, with lines at restaurants and  limited openings at many hotels. Airbnb said in a report in June that U.S. travelers were much more likely to choose rural locations they can drive to in 2021, and hospitality managers in Vermont said that prediction seems to have been accurate.

Adding to the mix, a lot of the weddings that were canceled because of the pandemic last summer were rebooked for this one, along with the usual number Vermont hosts in a typical year.

“There are a lot of last-minute requests” for planning services, said Talena Companion, who owns Premier Entertainment & Events, an event planning company. For the last 18 months, she's been helping businesses navigate the pandemic grant programs and restrictions. She said she's busy this summer, and wedding-related events are larger than usual this year.

“Rehearsal dinner attendance and welcome party attendance is through the roof," she said. "It’s not like 30 people anymore; it’s the entire wedding all over again.”

Related Vermont Could Be 'Close to Normal' Around July 4, Scott Says

Vermont Could Be 'Close to Normal' Around July 4, Scott Says
By Anne Wallace Allen
Off Message
In many cases, weddings have become weekend affairs, she added, with events starting when guests get off the plane on Thursday or Friday, and continuing until they leave on Sunday. She added that vendors are limiting their services because they don’t have the staff they need.

That worker shortage has led many restaurants to limit their hours. Gaujac’s trying to hire a chef to relieve her husband, who is 67. On wedding weekends, the pair serve as many as 500 people over the course of three days.

“My husband is alone in the kitchen with four high school students,” she said. A cook comes in on Thursdays to help prep for the weekend.

Jeff Lawson, who is vice president of tourism and marketing for the Lake Champlain Chamber, described busy tourist traffic in Burlington from Vermont's neighboring states.

"We knew there would be pent-up demand, but we didn't know it would be quite like this," Lawson said. "I think it's people who have been crawling up the walls looking to get out and travel."

Gaujac speculated that the closure of a few local motels might have something to do with it. Some of the Chittenden County motels that were used to house the homeless during the pandemic haven't reopened yet for short-term stays.

Many of those that are open inform guests when they sign in that their rooms won’t be changed until they leave, because they lack housekeeping staff to do daily cleaning, said Joe Carton, chief operating officer for Westport Hospitality, which manages Hotel Vermont and Courtyard Burlington Harbor in downtown Burlington and Town Place Suites in Williston.

Related Vermont's Hospitality Industry to Get $75 Million in Aid

Vermont's Hospitality Industry to Get $75 Million in Aid
By Kevin McCallum
Off Message
Bookings are way above last summer's, but not as high as those of 2019, a very busy year for the hospitality industry, said Carton. He’s seeing a lot more first-time visitors to Vermont than usual. Traffic from Canada has dropped sharply due to border restrictions.

Overall, “we don’t have enough team members to do what we have to do,” he said.

Pay is rising as a result of the worker shortage. Westport Hospitality set starting wages at $15 an hour in May. Vermont Tent Company is offering starting pay of $15 to $20 an hour. And the Farmhouse Group of restaurants is offering $20 an hour to $25 an hour in its ad for a line cook, as well as company-sponsored health insurance, life insurance, dental and vision plans, and paid time off for full-time employees.

The bump in pay might be one reason for another phenomenon guests are noticing this summer: higher room rates. The higher pay certainly plays a role at the Westport properties, where average rates are up this summer, said Carton. The range at the Courtyard Burlington is $180 to $400 per night, depending on demand, he said.

Lodging prices have jumped at the Old Lantern too, said Gaujac, who has eight guest rooms and a large event space. “My rooms start at $195, which is cheap for the area for now,” she said. “People are probably assuming the lodging community is taking advantage of this, but it’s not really true; they’re probably netting not even what they were netting before because their expenses are so much higher.”

There are still plenty of rooms available at the Essex House & Tavern in Island Pond, said co-owner Melinda Lamoureux. She’s so busy with the restaurant and with other businesses she owns in town that she hasn’t thought much about advertising her 11 rooms.

Essex House had four overnight guests Thursday; the only time it has sold out this summer was the July 4th holiday, Melinda said.

“I probably should advertise, but honestly, it is kind of not a priority right now,” she said.

It’s pretty much business as usual when it comes to occupancy in the Connecticut River Valley area where Sabrina Brown works as a wedding planner. Brown said it’s busy, but it’s always busy in the summer. She’s planning a dozen weddings this year.

“Guests are being creative and using Airbnbs, and families are renting large houses together,” she said. Like Companion, she’s getting a lot of last-minute requests for help, and she’s seeing a lot of welcome parties, large events and brunches. Tents and other rental items are in short supply, and so are rooms in hotels and inns.

“I’m grateful we have Airbnb and VRBO,” she said.

“When demand is this high, they end up raising rates as any business would do,” he said. “Even the general managers themselves are probably surprised at the rates. They’re trying to claw back whatever they can from 2020.”
Prev
Next